Karun Chandhok's top 10 Formula 1 drivers of the 2021 season: Who makes the cut after epic year?

A tough decision about which driver takes the year's #1 spot and plenty more debate in behind... Sky F1's Karun Chandhok runs through and explains his top 10 picks from an amazing season of high-quality racing through the 20-car field

Doing my annual list of the top 10 drivers of the F1 season was a much harder task this year than in the recent years. The quality of driving in 2021 was at a very high level in general with most drivers delivering star performances at some stage of the season, but here we go:

Valtteri finished third in the World Championship but, on the whole, he seemed further away from Lewis Hamilton than in recent seasons.

The reason he edged Sergio Perez into my top 10 was because there were more instances where he qualified in the top three and made himself a nuisance for the Red Bull strategists in the first stint of the race.

The race victory in Turkey was very impressive but even there, you have to remember that Lewis had actually qualified ahead of him and took a grid penalty. There were races such as Imola, Sochi and Austin where Bottas didn't really show the pace you would expect from a Mercedes. He's still a very fast qualifier and will be a great asset to Alfa Romeo.

The obvious highlight of Esteban's season was the race win in Budapest and although he drove very calmly and maturely that day, the reality is that he was in a fortunate position because of Bottas doing an impression of a bowling ball into turn one.

On the whole he outqualified Fernando 11-10 although the time gap between them was only 0.022s in the sessions that we can fairly compare. We've seen in the past that Fernando has a tremendous ability to dominate the team and mentally destroy his team-mates.

Ocon however seems to have created his own comfort zone within the squad and coped extremely well alongside the Spaniard.

By his own admission, it took the double world champion a few races to settle back into F1. He seemed to hit his stride from Baku onwards and from then on, generally seemed the stronger of the two blue cars.

The first corner move in Sochi was classic Fernando opportunism where he practised the route through the run-off area on the way to the grid and executed the move perfectly, including giving back the places he needed to. His opening lap in Qatar was one of my highlights of the year where we saw the aggressive, attacking Fernando that everyone loves watching.

His defense of Lewis Hamilton in Budapest was a masterclass in robust, but fair defensive driving. If Alpine can make progress in 2022, Fernando will unquestionably deliver the results.

This was the first year where George Russell had a Williams car that was capable of regularly getting out of Q1 and actually racing against other people.

His qualifying laps in Silverstone and Spa were sensational and, on the whole, he seemed to relish the role of being a team leader at Williams. George's consistency basically meant that Mercedes could not ignore him anymore.

Apart from that one-off cameo in Bahrain last year, we haven't really seen George up against a proven F1 star as a team-mate and to be honest, while we're all looking forward to the new generation of F1 cars next year, the thing I'm most excited about is to see George versus Lewis at Mercedes!

It became normal this year to see Gasly in the top six of qualifying. On 14 occasions he delivered some superb laps to put the AlphaTauri at the sharp end of the grid and his laps in Zandvoort and Qatar were particularly impressive to watch.

The race performances were still a bit inconsistent and there were two occasions in Bahrain and Monza where the Frenchman lost his front wing on the opening lap in avoidable incidents. I'm still hugely impressed with Pierre's ability to have bounced back from the mental trauma of being dropped by Red Bull Racing in 2019.

It's hard to see him making a comeback to the main Red Bull team but it would be fascinating to see how he gets on if he gets another opportunity with a team capable of fighting for race wins.

It was really hard to decide which way to place the two Ferrari drivers in fourth and fifth. Leclerc had some superb qualifying laps this year including two pole positions and showed that if Ferrari can give him a car, Charles is ready to fight for the World Championship.

The qualifying crash in Monaco must have been incredibly painful for him but I'm constantly amazed at Charles' ability to pick himself up and his pole next time out in Baku showed that his confidence wasn't dented at all.

The race in Silverstone where he finished second to Lewis and beat Bottas by eight seconds was a standout performance from an outstanding driver.

In the end, I chose to go with Sainz ahead of Leclerc because the challenge of walking into a new team where the other driver is so loved and entrenched must have been a hard one.

Carlos got his head down, channelled that typical Sainz family work ethic and put together a very strong season. The fact he finished ahead in the points table is irrelevant to me, but the consistency of performances earned him that 'best of the rest' place behind the Mercedes and Red Bull drivers.

There were errors such as the qualifying crash in Budapest, but on the whole Carlos delivered much more than Ferrari would have expected when they signed him. Alongside Mercedes' for next year, I think Ferrari have got the best driver line-up in F1 and I really hope they give the drivers a car capable of fighting for wins.

This was a breakout season for Lando. Until 2021, most people viewed him as a very good future prospect but not necessarily in the same category as Max, Charles or George. This season completely changed that.

Gone was the jokey young kid who was living the dream. Instead, we got a more serious driver but still with plenty of character and spark with the cheeky one-liners.

Lando formed a very good 'micro team' on his side of the garage with his engineers Will Joseph and Jose Lopez and the three of them extracted the maximum out of the McLaren on most occasions.

Yes, he took pole in Russia but I thought his qualifying laps in Imola (despite running wide at Rivazza) and Austria (on the front row) were among the best of this season. Norris should have won in Sochi but for McLaren missing the information that a second, bigger band of rain was coming. That first win won't be far away if he and McLaren continue this upward swing.

The decision over choosing the number one driver this year was incredibly hard. Both Lewis and Max performed at a level far beyond anyone else and were just remarkable.

Both drivers had very high peaks so ultimately the difference for me were the few troughs that they had. Lewis made a crucial error in Imola and was extremely lucky that the George and Valtteri crash led to a red flag because he would have probably lost a lot of points that day. Monaco was a sub-par weekend where he was a long way off the pace and in Baku, he threw away a win by accidentally flicking the 'brake magic' button on the re-start.

The win in Bahrain to start the season was a great example of Lewis' brilliance. The Red Bull was the faster car but he managed his tyres superbly, placed the car in all the right places and delivered a win which nobody else would have for Mercedes.

The pace behind Max in the dirty air in Spain was incredible and set up the victory while the recovery drive in Brazil was the obvious high point of his season.

Of course, Lewis was unlucky to lose the title because of Nicholas Latifi's crash in Abu Dhabi. Amidst all the noise of the past week, it's worth remembering that, ironically, if Michael Masi had followed all the normal procedures and asked all the lapped cars to go past before the end of lap 56, Max would have passed Lewis on the last lap anyway. Back in 2008, Lewis got lucky in Brazil with a late rain shower to win the title. This time, luck went against him.

There's no question in my mind that Max was a deserving world champion this year. In 18 of the 19 races he finished, Verstappen was either first or second which is a remarkable record of consistently superb performances, especially when you consider that this was a 24-year-old coping with the pressure of his first World Championship battle.

Zandvoort was a particular highlight as it was a home race which was basically put together because of him. I've never been to a race where 99 per cent of the crowd were cheering for one driver. The papers were wall-to-wall with stories about Max and even the Royal family were queuing up to shake his hand.

Yet on the two occasions where I happened to be walking to the paddock alongside him, we were casually chatting as if it was the Chinese GP. His phenomenal ability to soak up pressure at such a young age reminds me of MotoGP ace Marc Marquez. 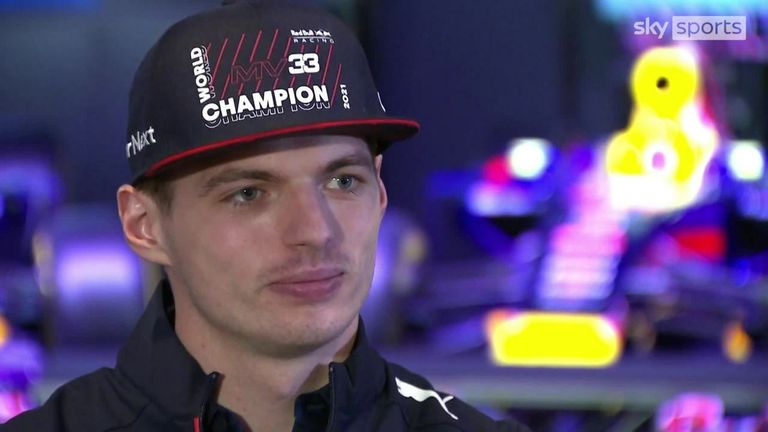 Max was unlucky to lose the win in Baku which looked comfortably in the bag until his tyre blew, and also got taken out by Bottas in Budapest, so he really should have wrapped the title up more comfortably.

The only mistake he really made all year was the qualifying error at the final corner in Jeddah. Yes, his wheel-to-wheel racing was hard, on the edge of fairness and in Monza and Jeddah he even went over the line. But he has an uncompromising style of racing like Michael Schumacher used to and the FIA now need to re-define the rules of engagement because clearly as Brazil and Abu Dhabi showed, there's a lack of clarity around it.

Overall, in terms of consistent brilliance, both Lewis and Max reached a benchmark rarely seen in Formula 1 history and I look forward to seeing the rivalry renewed in 2022!