Max Verstappen sent his home crowd wild by winning his home Dutch GP from Lewis Hamilton to regain the world title lead from his Mercedes rival.

Verstappen led from the front and did not put a wheel wrong in the first home race of his career despite coming under pressure from Hamilton at different points of the Zandvoort race, played out in front of astonishingly vocal and colourful local support in the orange-clad grandstands.

Hamilton's three-point advantage at the start of the day now turns into a three-point deficit heading to next week's Italian GP at Monza, the second of the season's sprint race weekends.

"Obviously the expectations were high going into the weekend and it's never easy to fulfil that, but I'm just so happy to win here, to take the lead in the championship as well," said Verstappen, the first Dutchman to win his home race.

"It's just an amazing day. The whole crowd... it's incredible."

Valtteri Bottas finished a distant third in the second Mercedes. The Finn, on a long first stint, briefly led the race after the top two pitted for the first time but was only able to hold Verstappen at bay for so long before the Red Bull overtook. 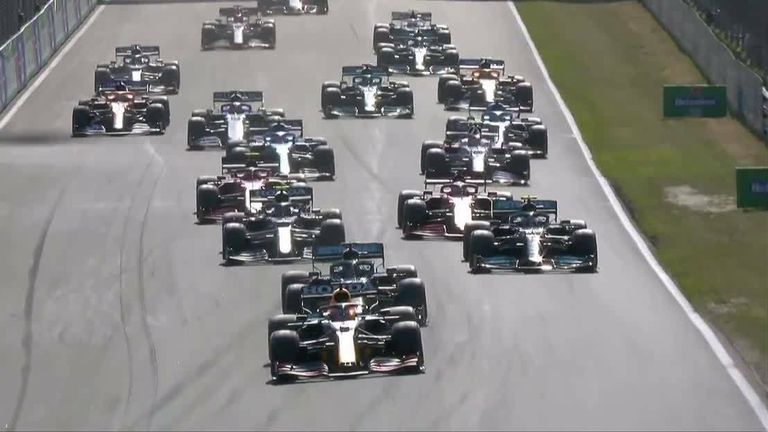 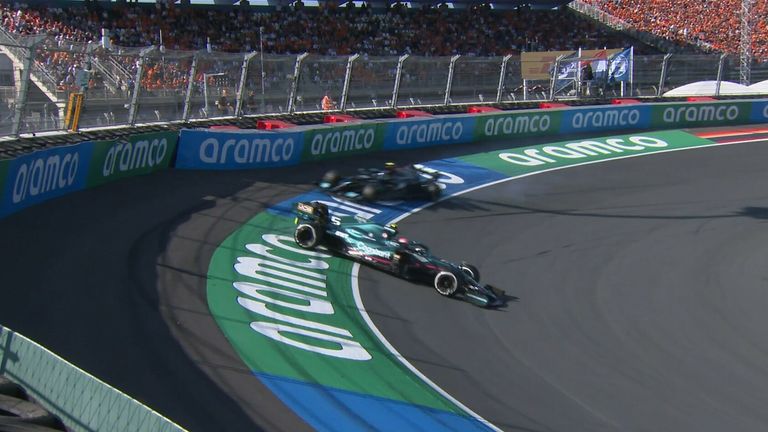 Verstappen and Hamilton started on the grid's front row together for the first time since their acrimonious British GP collision three races ago but there was no repeat of the drama on the opening lap here.

Thanks to a textbook getaway from pole, Verstappen was already pulling nicely clear of his chief Mercedes pursuer through the circuit's long curved first corner and finished the opening lap with a lead of over one second.

That steadily grew through the first stint to around three seconds before Mercedes, initiating a two-stopper for their lead car, threw the dice first by pitting Hamilton on lap 20. 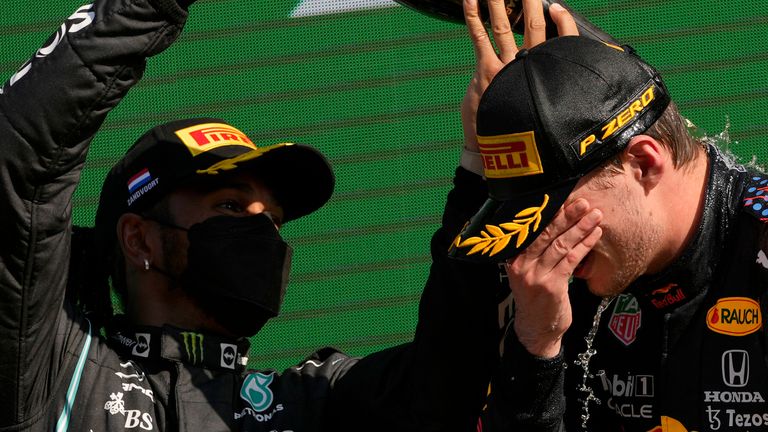 On significantly fresher tyres, Verstappen and Hamilton caught the now-lead Mercedes at a rate of knots and Bottas was only able to keep the Red Bull at bay for so long. Verstappen retook the lead with a move down the inside of Turn One at the start of lap 31, with Bottas then letting his team-mate through too.

Mercedes again tried to undercut Verstappen with Hamilton at the second stop, but Red Bull once more covered that off to keep their driver in front.

In what at the time appeared a potential advantage for Mercedes, Hamilton was now on a scrubbed set of medium tyres, whereas Verstappen was on the theoretically slower hard compound.

But Hamilton soon said to Mercedes over team radio: "Doesn't seem to be an advantage. Called our bluff too soon."

That did not stop the seven-time champion closing in to within two seconds of Verstappen's race lead as they navigated backmarkers but the threat of a victory challenge ultimately fizzled out.

"Mercedes tried to make it difficult for us but we countered them all the time really well," said Verstappen after the race. "We can be really pleased with the whole team performance today."

Hamilton acknowledged: "What a race, what a crowd. Honestly it's been an amazing weekend. Max did a great job, congratulations to him. I gave it absolutely everything today, flat-out. I pushed as hard as I could. But they were just too quick for us."

Next up: The Italian GP - and the second sprint weekend

Formula 1's latest triple-header concludes with one of its most legendary events, the Italian Grand Prix at Monza.

Not only that but next weekend marks the second of F1's sprint weekends after the debut of the trial format at Silverstone in July. Qualifying takes place this coming Friday night, at 5pm, with the sprint race then on Saturday afternoon. Sunday's Grand Prix at the 'Temple of Speed' is at 2pm on September 12. All live only on Sky Sports F1.