Portuguese GP: When to watch every Portimao session and race live on Sky Sports F1

Check out Sky Sports F1's live schedule for the third race of the 2021 season as Formula 1 heads to the Portimao 'rollercoaster'; Race at 3pm on Sunday, with build-up from 1.30pm

Lewis Hamilton and Max Verstappen are set to renew their on-track rivalry at this weekend's Portuguese GP - and you can watch all the Portimao action live only on Sky Sports F1.

With Mercedes and Red Bull's respective star drivers separated by a single point at the top of the championship with one race win apiece after two dramatic races in Bahrain and Imola, the stage has been set for another thriller in Portugal, the first of five races in seven weeks as the 2021 season accelerates.

The key times are: 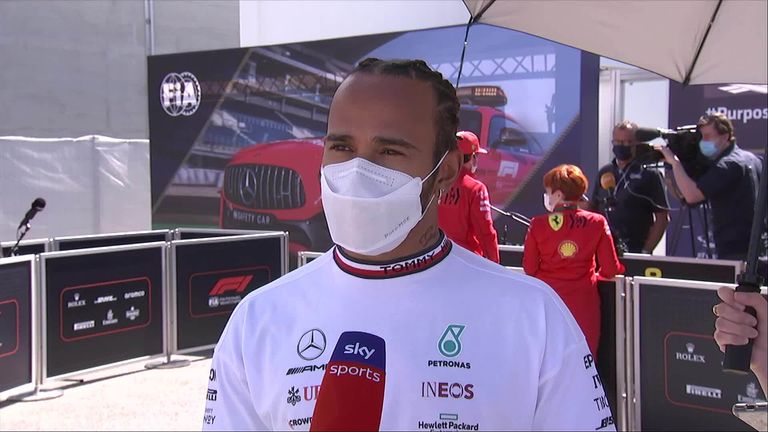 F1 is back in Portugal and the Algarve International Circuit - colloquially known as Portimao, the nearby port city - for the second time in the space of half a year after a successful, and popular, debut for the venue last autumn.

The country had not staged a Grand Prix since 1996 but Portimao jumped at the chance to fill one of the spaces on the heavily-revised 2020 calendar, with the circuit having long targeted an F1 race.

Likened to a 'rollercoaster' owing to its undulation and twists and turns, the 2.9-mile lap quickly proved tricky for drivers to master.

An additional challenge at last year's race was a newly re-laid track surface, which initially offered little grip and triggered numerous mistakes from drivers through practice.

Light rain showers at the start of the race then exacerbated the search for grip and ended up producing one of 2020's most extraordinary opening laps, as then-McLaren driver Carlos Sainz surged from seventh on the grid to second place. He took the lead a lap later but Sainz was soon shuffled back as Mercedes' Valtteri Bottas and, ultimately, Hamilton took control of proceedings.

Hamilton won the race to break the record for the most wins in F1.

So when is the Portuguese GP live on Sky F1?

The racing action from the USA also keeps coming on Sky Sports F1 with Rounds Three and Four of the new IndyCar season taking place on one weekend at the Texas Motor Speedway, 2021's first oval. Catch both races live at either end of Sunday in the UK.