Yuki Tsunoda had everyone talking on his debut F1 weekend in Bahrain - and the 20-year-old Japanese driver spoke to Sky F1 about his race and overtaking his, and his father's, hero Fernando Alonso; Tsunoda was first driver since 2016 to score points on his debut 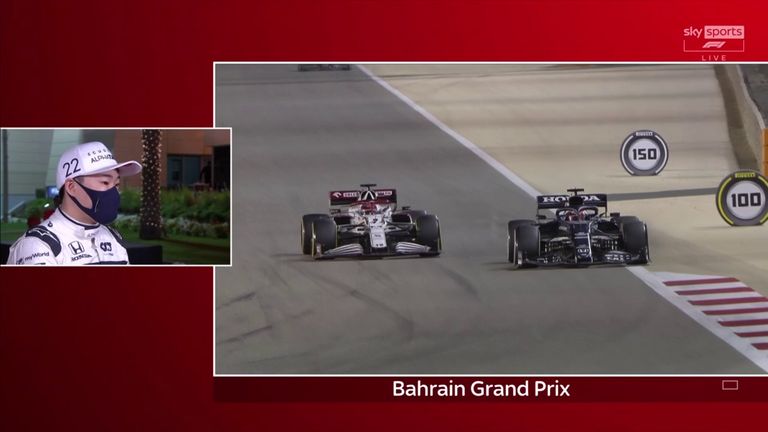 Yuki Tsunoda says an "emotional" overtake on hero Fernando Alonso was the highlight from his Bahrain GP - a swashbuckling and eye-catching debut which has led to the young Japanese driver being hailed as the "best F1 rookie in years".

After impressing through the junior ranks and the much-lauded Red Bull driver programme, Tsunoda, just 20, burst onto the scene at the 2021 season-opener in his AlphaTauri car, flirting with the top of timesheets in qualifying before coming through from 13th to solid points in a feisty race.

His display, personality and attacking style has led to praise up and down the paddock, and F1 managing director Ross Brawn went as far to say: "He is the best rookie F1 has had for years, having been fairly stunning in whatever series he has competed in.

"His promotion by Red Bull looks like a brilliant move."

Tsunoda said he was "50 per cent" happy with his first weekend, saying he regretted not making it through to Q3 in qualifying - despite posting the second-fastest time in Q1 - as well as an uncharacteristically timid start which saw him lose positions.

But he made those places up throughout the race, up until the very last lap when he made his way up to ninth with a pass on Aston Martin's Lance Stroll.

"Overtaking a lot of cars was a really positive thing," Tsunoda told Sky Sports F1 after the race.

Passing a certain two-time world champion was a particular highlight for young Yuki. 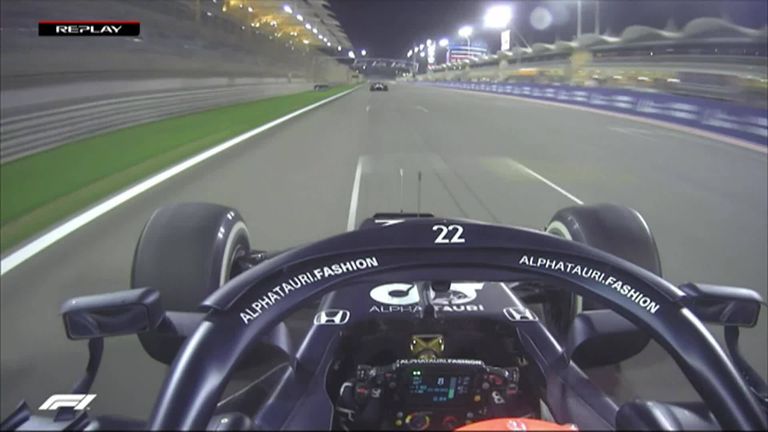 "I got a bit emotional when I passed Fernando (Alonso)," he admitted. "Last time I saw him I think it was 12 years ago, or 13 years ago and I was seven or eight years old.

"Into Turn One, I just trusted Fernando's skills and just launched it like a rookie!

"I feel a bit sorry, actually it was really from quite far away! So that was emotional. Of course, it's not the same car, but it was great."

Expanding on his admiration for Alonso, who has returned to the grid in 2021 after a two-year F1 absence, Tsunoda said he learnt a lot from just a few laps battling the 39-year-old Spaniard.

"My father is quite a big Fernando fan, especially his driving style," said Tsunoda. "My father likes how he drives - I think the first time he saw him was in Suzuka and he said he was the best driver on the grid.

"I was of course aiming for Fernando and I drove with him a couple of laps and I learned from him how he managed the tyres, how he drives every corner.

"After I passed him I tried to copy how he was driving and a couple of corners was better for my car as well.

"Hopefully I don't have to drive next time with him because I want to be more forward to start, although Fernando's car situation is different!

"The things I learned from him was very big for the future."