Rory McIlroy, Jon Rahm and Sam Burns set the pace on eight under at Caves Valley Golf Club; Sergio Garcia one back and FedExCup leader Tony Finau three behind - watch live throughout the week on Sky Sports Golf 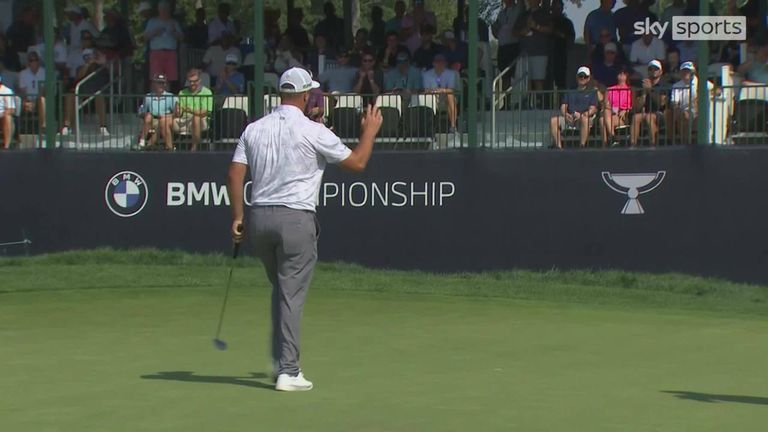 Rory McIlroy and world No 1 Jon Rahm are part of a three-way tie for the lead after a low-scoring opening round at the BMW Championship.

The European Ryder Cup team-mates carded eight-under 64s at Caves Valley Golf Club in Baltimore, Maryland, to join Sam Burns at the top of the leaderboard, with Sergio Garcia a shot off the pace in fourth.

Abraham Ancer sits two strokes back in tied-fifth with Patrick Cantlay, who made six birdies in a seven-hole stretch on his back nine, while FedExCup leader Tony Finau is in a large group of players on five under. 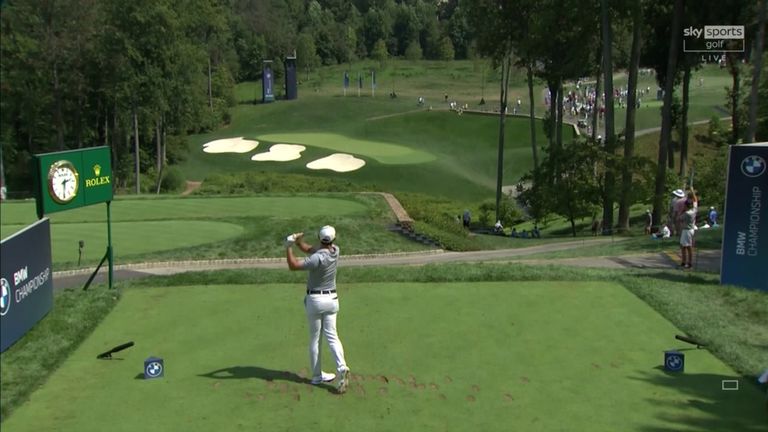 McIlroy made a close-range birdie at the first and responded to missing a six-footer and failing to take advantage of the par-five next, before converting from 12 feet at the third and making a two-putt birdie at the driveable fifth hole.

The four-time major champion holed a 30-footer at the seventh to help close out a front-nine 32 and picked up further shots at the 10th and 12th, only to slip three off the lead with a bogey at the par-three next. 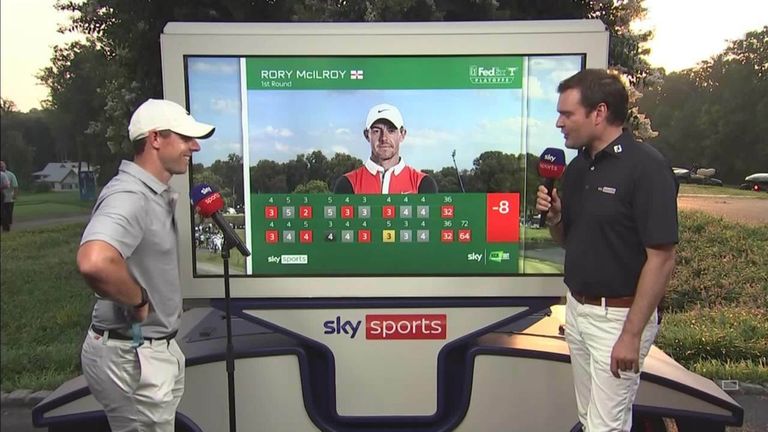 McIlroy made a 10-foot birdie at the 15th and holed from a similar distance for eagle at the next, after an incredible three-wood with his approach into the par-five 16th, before two pars closed out a blemish-free back nine.

Rahm missed an eight-foot birdie try at the first but made a two-putt gain at the par-five next and followed three straight birdies from the fourth by rolling in a 10-footer at the eighth to turn in 31. 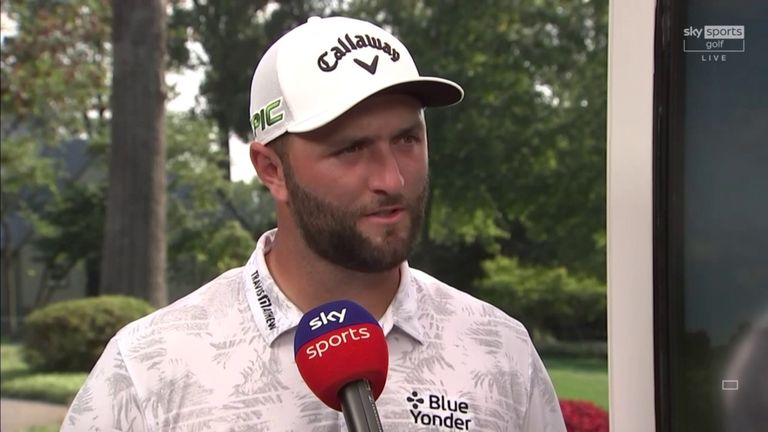 The Spaniard tapped in at the par-five 12th and drained a 35-foot birdie at the 14th to get to seven under, with Rahm then picking up another shot from 15 feet at the 17th and holing a six-footer to save par at the last to close out a blemish-free start.

Burns had set the initial clubhouse target after making a bogey-free 64 of his own, with four birdies in a six-hole stretch from the second and four straight gains from the 11th taking the American to the top of the leaderboard.

Finau is in the group three off the lead despite dropping three shots in the space of two holes on his back nine, with Dustin Johnson, Hideki Matsuyama and Olympic gold medallist Xander Schauffele among the others sitting in tied-seventh.

Phil Mickelson, starting the week 70th in the FedExCup standings, joined Bryson DeChambeau, Justin Thomas and Paul Casey in starting with a four-under 68, while Jordan Spieth and Shane Lowry both carded opening-round 71s.

Watch the BMW Championship throughout the week live on Sky Sports. Live coverage continues Friday with Featured Groups from 3pm via the red button, ahead of full coverage from 8pm on Sky Sports Golf.