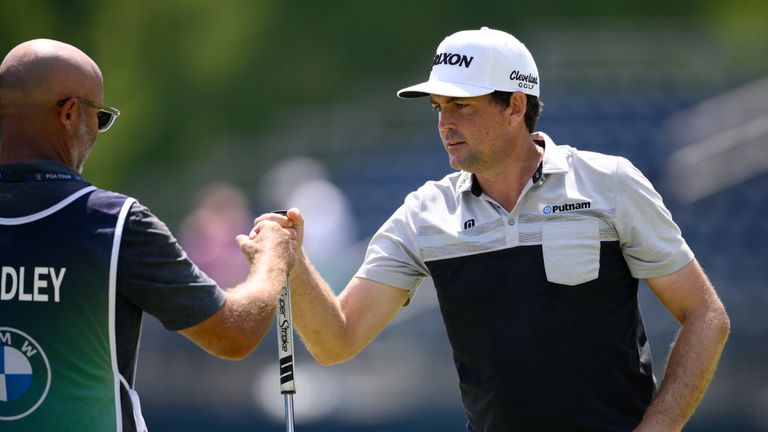 Keegan Bradley holds a one-shot lead after the opening round of the BMW Championship, with Rory McIlroy four off the pace after being unable to build on a fast start.

The American - who won the event in 2018 - mixed eight birdies with a lone bogey on his way to an opening-round 64 at Wilmington Country Club, giving the former major champion a narrow advantage over former world No 1 Adam Scott.

Bradley holed five of his opening seven holes and added another from 40 feet at the ninth to reach the turn in 29, before cancelling out a bogey at the 11th by posting back-to-back gains from the 14th to set the clubhouse target.

"I made a nice putt on the first hole and just kept it going," Bradley said. "I feel like coming here is no different than any event I play all year. I try to make it that way. Then come Sunday there's a lot of ramifications for your career, for Atlanta, and I'm proud of the way I played today."

Scott birdied three of his last five holes to end the day in solo second, while Shane Lowry reached six under until he three-putted from long range at the par-four last and Justin Thomas got briefly within one of the lead when he holed a 40-foot eagle at the 14th.

Thomas missed from inside three feet at the par-three next to drop back into the share of third, with Harold Varner III completing the group on five under after responding to a three-putt bogey at the par-five 12th by going birdie-eagle over his next two holes. 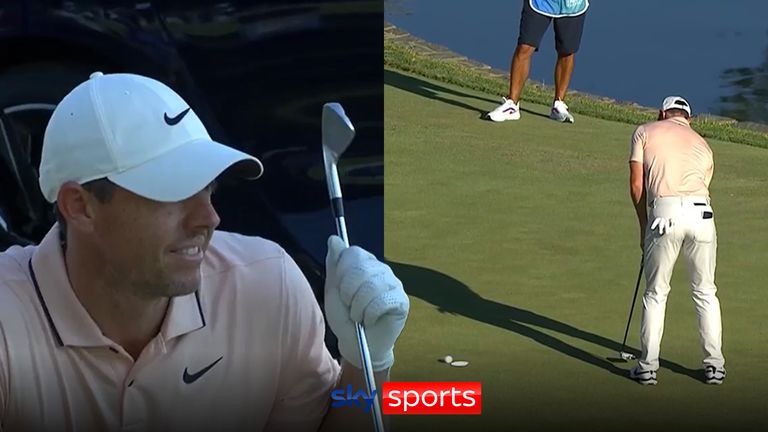 McIlroy holed from off the opening green and tapped in to birdie the par-five third, having missed the eagle try from inside eight feet, with the four-time major winner rolling in from 15 feet at the fifth and seventh to quickly move to four under.

The former world No 1 birdied the 13th and two-putted from 30 feet to pick up a shot at the par-five next and get within one of the lead, only to find the water off the 15th tee and three-putt from 30 feet to post a triple-bogey six.

McIlroy failed to convert a 10-foot birdie chance at the 16th and two-putted from 20 feet to par the next, with a long-range two-putt at the last leaving him in the group on three under that contains world No 1 Scottie Scheffler. 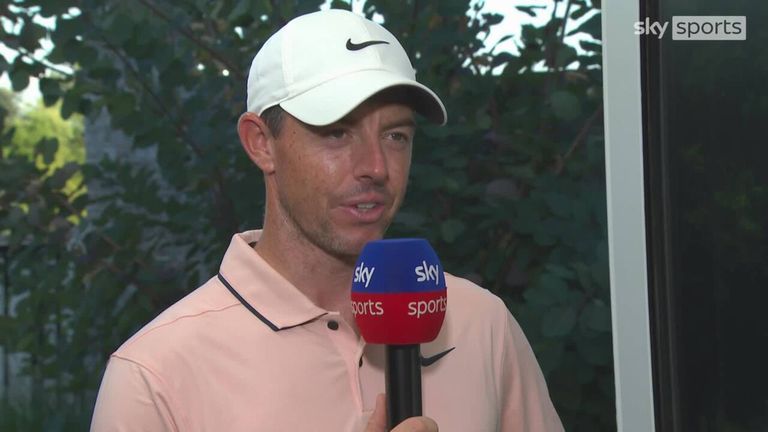 "Much better than last week and sort of feel like I shook off the rust a little bit," McIlroy said. "Started really well, made some good things. Yeah, just that one tee shot on 15. I felt like I had probably half a club too much, so I was trying to hit like a cut in there over the water, and I just double-crossed it and then compounded that by the three-putt."

FedExCup leader Will Zalatoris made four birdies in a five-hole stretch on his back nine but bogeyed the last to post a one-under 70, while Jon Rahm struggled to a two-over 73 and Tony Finau stuttered to an opening-round 77.

Watch the BMW Championship throughout the week live on Sky Sports. Live coverage continues Friday with Featured Groups via the red button from 2pm, before moving to Sky Sports Golf at 5pm.