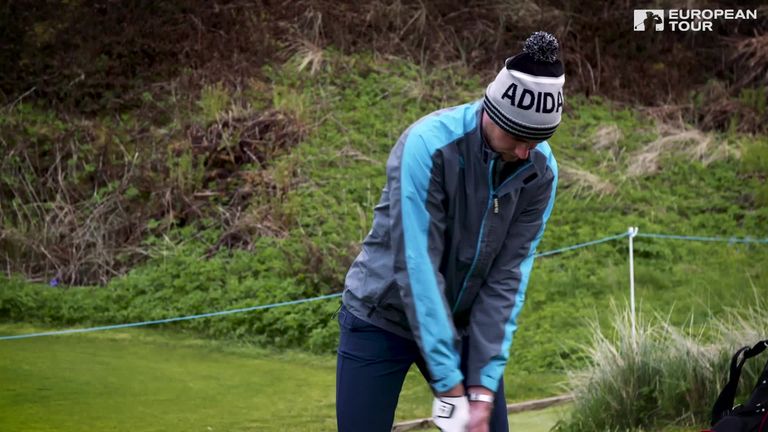 Stuart Broad and James Anderson put their golf skills to the test by going head-to-head in the latest edition of the 14-Club challenge.

The European Tour's series sees players trying to earn points for every time they hit the green, but they can only use clubs that their opponent hasn't already hit with.

Padraig Harrington has faced Graeme McDowell and Matt Fitzpatrick played Martin Kaymer in previous editions of the task, with the two cricketers the first amateur pair to take on the test.

Anderson won the coin toss and decided to go first but missed his opening effort, while Broad also found things difficult when trying to find the putting surface.

Who would claim the honours? Click on the video above to find out!