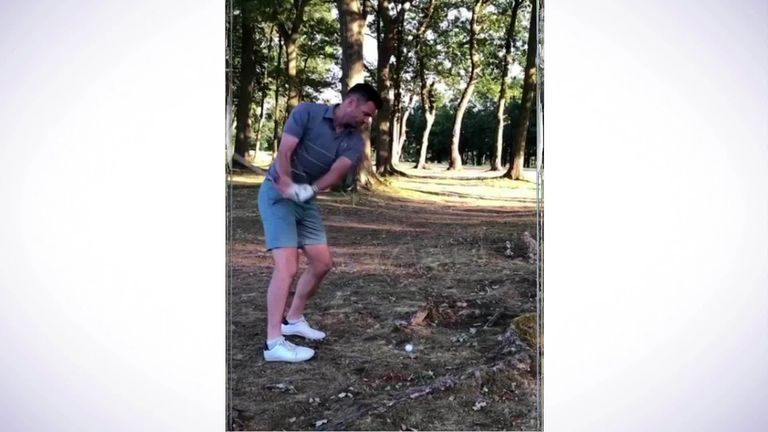 Anderson and Broad were enjoying a day off after their victory in the first Test against India, but there was a scary moment when Anderson was taking a shot from the woods.

He took a swing, but somehow the ball cannoned off a tree root and shot straight up into his face from point-blank range.

Watch the video above to see the shocking moment Anderson took the ball directly in the face.