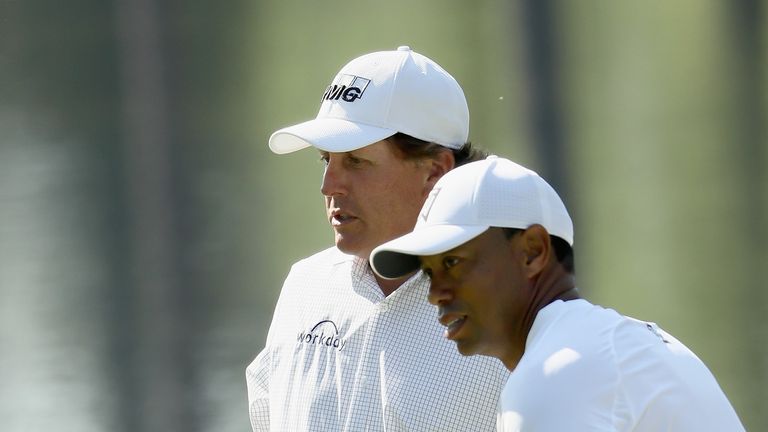 Tiger Woods and Phil Mickelson have confirmed they will face off in a $9m (£7m) event in Las Vegas on Thanksgiving weekend in November.

The pair will tee it up in an outing dubbed 'The Match', which was posted via Woods' Twitter on Wednesday.

Exact details of the event are currently unknown, but reports suggest it will take place on either November 23 or 24 at the Shadow Creek Golf Course.

The possibility of a contest between the former Ryder Cup team-mates has been mooted since the Players Championship in May, when they played the first two rounds at Sawgrass in the same group.

Mickelson, who only joined the social media website on Wednesday, tweeted Woods "I bet you think this is the easiest $9m you will ever make" in what was firmly a tongue-in-cheek comment.

Woods responded with "think you will earn some bragging rights?" to which Mickelson said "let's do this".

Meanwhile, Woods feels he is "very close" to making a return to Ryder Cup action as one of Jim Furyk's captain's picks.

He narrowly missed out on automatic qualification for Team USA when he finished runner-up to Brooks Koepka at the PGA Championship after a thrilling final-round charge, and his hopes of competing at Le Golf National next month now hinge on him being one of Furyk's four wildcards.

The 42-year-old is widely expected to be added to the team when Furyk unveils his first three picks on September 4, and Woods believes his overall form since returning to the PGA Tour makes him worthy of selection for his Ryder Cup appearance since 2012.

"At the very beginning of the year, I told Jim I wanted to be a part of the team, not just as a vice-captain but as a player, and I'm very close to making that happen," Woods said.