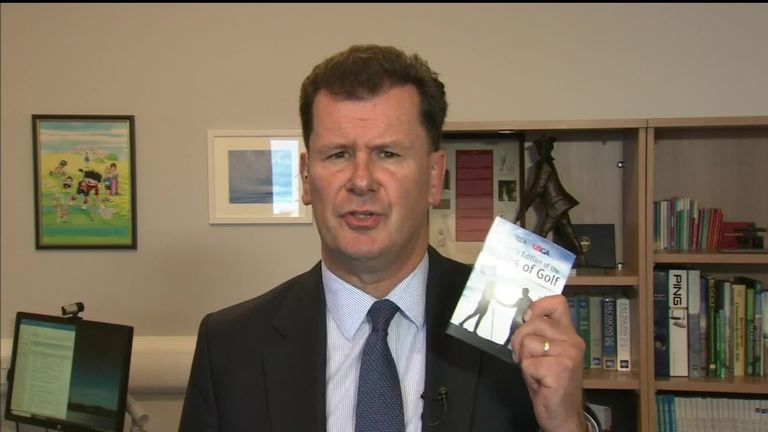 The R&A and USGA have released a new Player's Edition of the Rules of Golf to provide a shorter, more user-friendly version across all levels of the sport.

Golf's new rules have been published on Wednesday by the two governing bodies ahead of them coming in to effect on January 1 2019, with the Player's Edition serving as a simpler publication for golfers.

Four million copies will be distributed globally by the two governing bodies, half of which in the United States and Mexico, with the book translated into more than 30 different languages.

The Player's Edition is being launched alongside the modernised full Rules of Golf book, which includes some of the most significant changes made to the Rules in more than 60 years.

David Rickman, the R&A's Executive Director - Governance, said: "We are delighted to be rolling out the modernised Rules of Golf today.

"This is the biggest set of changes to the Rules in a generation and a major step forward in our efforts to make the Rules, and the sport itself, more accessible and more in tune with the way the modern sport is played."

The Player's Edition features 10 simplified topical groupings for golfers to follow, with a "Purpose of the Rule" description at the top of each rule to define why it exists.

Golf's new Rules have been published ahead of coming into effect in January 📅 Don’t wait for the New Year to get familiar with the changes, get #RulesReady now https://t.co/aOMJfO3nhb 🏌️ pic.twitter.com/BUbIaeM78T

A more direct writing style has been used to make rules simpler to follow, with full-colour diagrams and charts to assist with understanding.

A new Official Guide to the Rules of Golf is also available in digital, on website and app, from today, with a printed version being released in November.