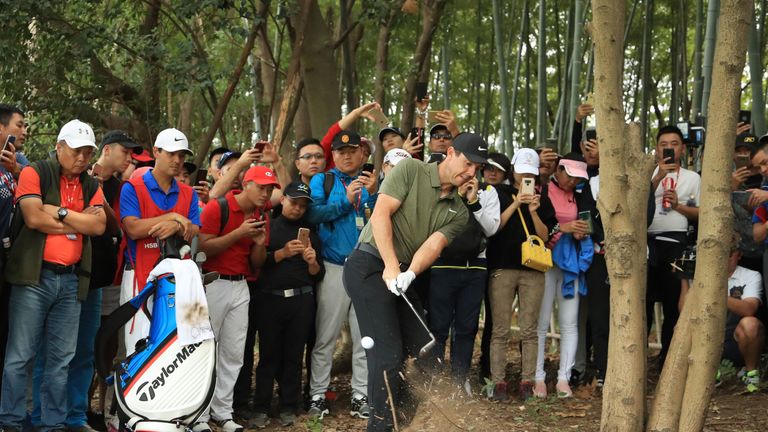 Rory McIlroy had to get creative and play a shot with alternate hand after getting in to trouble during the opening round of the WGC-HSBC Champions.

The world No 5, beginning on the back nine, opened with six straight pars before spraying his tee shot at the driveable par-four 16th in to trees.

McIlroy's hook left his ball perched near a large trunk and gave him no right-handed swing, leaving the Northern Irishman to turn the club face the opposite way and attempt a left-handed clearance.

Although McIlroy connected with the ball enough to get out of the forest and in to the rough, he chunked his next shot in to the bunker and then thinned out of the sand on his way to a double-bogey six.

Click on the video above to see McIlroy's left-handed swing!