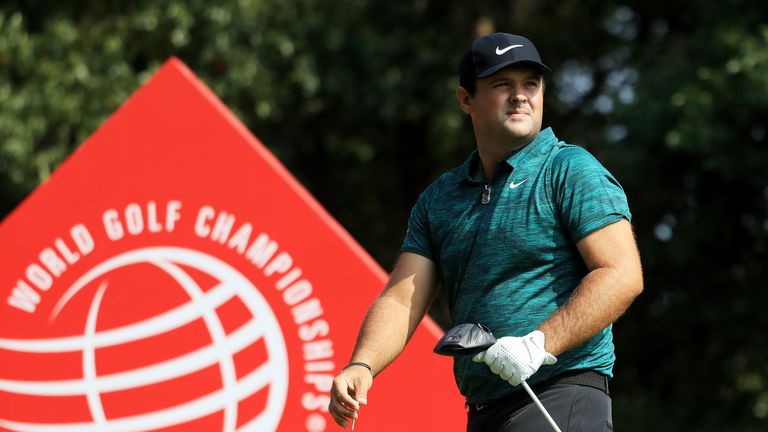 Patrick Reed fired a bogey-free 64 to open up a two-shot lead after the opening round of the WGC-HSBC Champions in Shanghai.

The Masters champion carded eight birdies in breezy conditions to set the clubhouse target at Sheshan International ahead of nearest challengers Xander Schauffele and Tony Finau.

Schauffele marked his 25th birthday with a blemish-free 66 and Finau got to six under by mixing seven birdies with a sole blemish, while five straight gains around the turn kept Matt Fitzpatrick within three of the lead.

"It felt really good," Reed said after his round. "If you can go out and shoot rounds like that in these kind of conditions, you know you're going to have confidence when the wind dies down and there are perfect condition out there."

Beginning on the back nine, Reed holed a 20-footer at the 11th and picked up another shot at the next before following a close-range gain at the 15th with a two-putt birdie at the driveable 16th.

Reaching the turn tied for the lead with Adam Scott, Reed pulled clear with three straight gains from the first and closed out his blemish-free card by converting a 20-foot birdie on his final hole.

Rory McIlroy battled back from a double-bogey at the 16th to post four birdies on his second nine and scramble a level-par 72, as playing partners Dustin Johnson and Francesco Molinari struggled to rounds of 74 and 76 respectively.