The Masters, PGA Championship, US Open, The Open live on Sky Sports in 2019 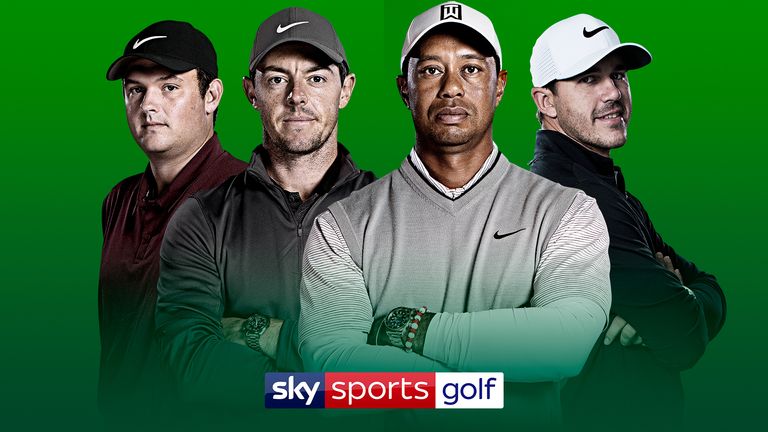 The drama and emotion of all four majors will come to life for Sky Sports customers this year as the biggest names in golf hunt down the most treasured prizes in the sport.

The new look major calendar sees the Masters Tournament at Augusta National in April and The Open at Royal Portrush in July serve as bookends, with the PGA Championship and US Open between in an intense three-month period, all live on Sky Sports.

All five women's Majors are also live on Sky Sports this year, including Georgia Hall's bid to defend her Women's British Open title at Woburn in August.

The ANA Inspiration begins the major season 4-7 April, followed by the US Women's Open in May, Women's KPMG PGA Championship a month later and then the Evian Championship in July. There's also the Solheim Cup at Gleneagles to look forward to, where Europe and USA go head to head.

The Masters on Sky Sports Golf will provide fans all the tee-to-green action from April 11-14, plus tournament highlights throughout the week from the first men's major of the year.

Live coverage on Sky Sports Golf will include live practice sessions as part of the On The Range broadcast, Wednesday's Par 3 Contest, featured groups and holes - including Amen Corner - plus all four tournament rounds live.

So, whether you're watching at home after work, enjoying the action on the go or keeping up with the play while on the golf course yourself, Sky Sports has you covered.

Then a month later in New York, the PGA Championship moves to the second slot in the major schedule, with the field taking on the Black Course at Bethpage State Park on Long Island.

Rory McIlroy has lifted the Wanamaker trophy twice and will be gunning for the hat-trick, but will face stiff competition from both his European Ryder Cup team-mates and a US field who have won six of the previous eight majors.

Previously the final major of the year, the tournament will now be live on Sky Sports from 16-19 May, with defending champion Brooks Koepka looking to retain the trophy he lifted last August, while Tiger Woods will be bidding to repeat his US Open victory on the same course in 2002.

Another course that Tiger will remember fondly follows as the US Open moves to Pebble Beach, scene of his stunning 15-shot victory in 2000 and Graeme McDowell's win a decade later.

The Open then completes the men's major schedule as it returns for only the second time to Northern Ireland, with Royal Portrush hosting the historic event for the first time since 1951. Sky Sports has televised The Open since 2015 and won a BAFTA for its coverage.

Barney Francis Head of Sky Sports said: "It promises to be a stunning year for golf fans with countless fascinating stories of the best players on the planet jostling for the biggest prizes on pristine courses. Will Georgia Hall at just 22 add to her major collection? Can Europe regain the Solheim Cup?

We'd like to hear your views on golf - how you follow it and how you play it.

"Justin Rose as world No 1 will be challenging for every tournament. Can Rory complete the set of majors by winning at Augusta and can Europe's dominance at the Ryder Cup convert into major victories? It's all set for a thrilling year and Sky Sports will have every twist and turn covered."

Sky Sports will show over 100 tournaments in 2019, including the Solheim Cup, all four World Golf Championship competitions and events each week from the European and PGA Tours.