Tiger Woods takes encouragement from strong finish at the Memorial 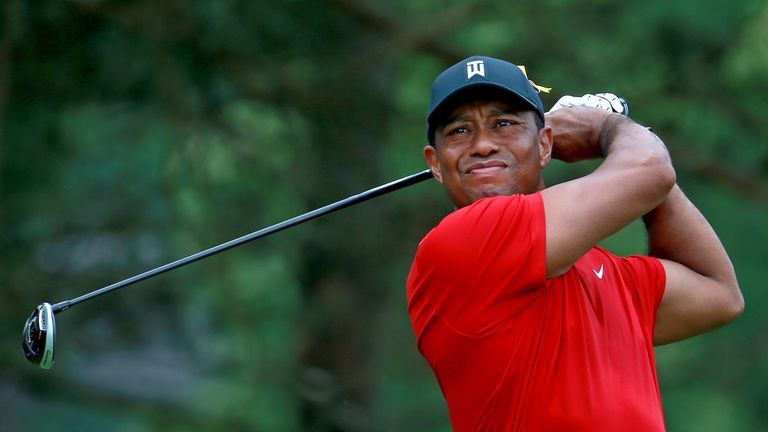 Tiger Woods believes his game is in a good position ahead of the US Open after making an encouraging finish to the Memorial Tournament.

Woods briefly moved within three of the leaders after seven birdies in his first 11 holes on Sunday, only to post two late bogeys to card a five-under 67 at Muirfield Village.

The 15-time major champion impressed from tee-to-green - at a venue where he has won a record five times - to post a top-10 finish, with Woods encouraged by his performance as he switches his attention to the third major of the year.

"I played really well today," Woods said. "I hit the ball so crisp and so solid and made some nice putts there on the front nine and had things rolling for a little bit.

"I wanted to have something positive going into the [US] Open and kind of sneak up there with a nice little top 10 possibly. I was never going to win the tournament with where I was at.

"I wanted to get to double digits today and I did. I just didn't stay there."

Woods made a fast start by draining a 25-footer at the second and rolling in from eight feet at the next, before following a close-range gain at the fifth with a two-putt birdie at the par-five seventh.

The world No 5 got to five under the day by making a six-footer at the eighth but missed birdie attempts over his next two holes, with Woods then electing to lay up at the par-five 11th and converting from 20 feet.

Woods briefly went within three of the lead after posting a 10-foot birdie at the next, only to see his run end when he failed to get up and down from the back of the 14th green to save par.

The 43-year-old recovered from finding rough with his approach into the 15th to salvage a par and got up and down from the sand at 17 to avoid a bogey, only to drop a shot at the last after taking two attempts to chip out of thick grass.

Woods will now take a week off to practice ahead of returning to Pebble Beach, the venue of his record-breaking 15-shot win in 2000, where he can move within two of Jack Nicklaus' all-time major record with a victory.

Will Woods win again at Pebble Beach? Watch the US Open from June 13-16 live on Sky Sports!