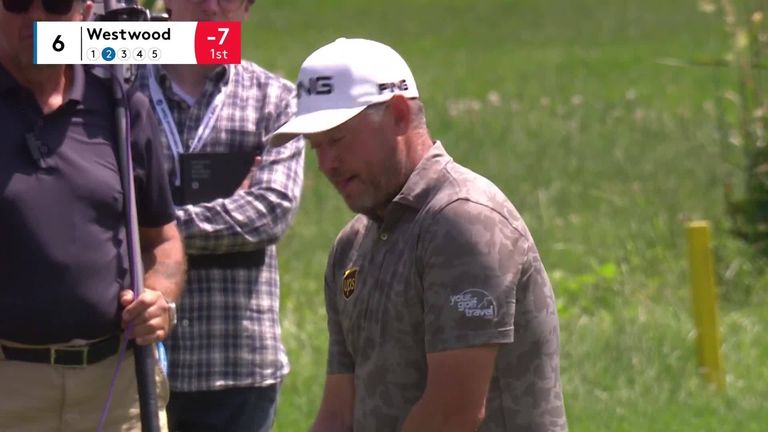 Lee Westwood issued a simple, polite message to the spectators at the BMW International as he explained how to silence a mobile phone.

Westwood was distracted by a phone ringing outside the ropes just as he had started his backswing on a tricky second shot to the par-five sixth hole - his 15th - in the latter stages of his second round in Munich.

The English veteran, who was tied for the lead on seven under at the time, managed to halt his swing and back off to compose himself. And, while many players would have launched an angry tirade at the offending phone user, Westwood remained calm and said: "That's alright, just turn it off."

He appeared to indicate that another phone had sounded moments after he had finally sent his second shot on its way, and it was perhaps unsurprising that he pushed it 20 yards right of the green, from where he was unable to get up and down for birdie.

Putting your phone on silent.

Westwood, who recorded his 15th European Tour victory in the same event at the Golfclub Munchen Eichenried back in 2003, went on to par his final three holes to post a 69 which would leave him four strokes adrift of halfway leader and home favourite Martin Kaymer.

Once he had fulfilled his media duties, Westwood then issued a video plea via the European Tour's Twitter account as he explained: "Much like golf, people over-complicate things, but it really is this simple," before switching his mobile phone to silent mode.

Watch the video above to see how Westwood managed to halt his swing when a mobile phone rang in the crowd .