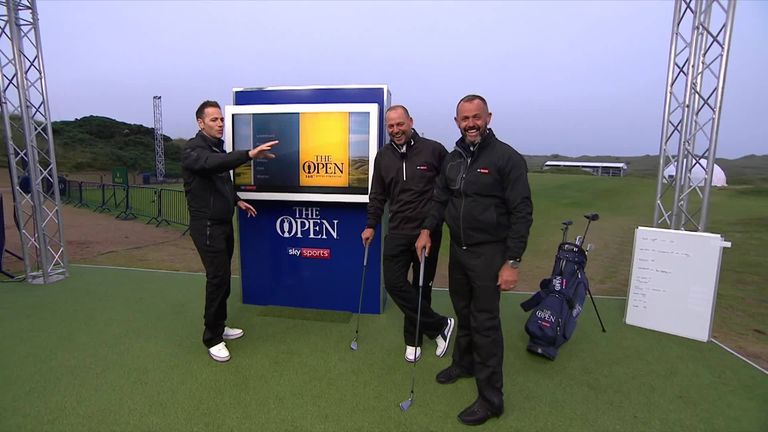 Andrew Coltart demonstrated that hitting golf shots on live television doesn’t always go to plan during a comical incident in the Open Zone at Royal Portrush.

Coltart took great delight in sharing Rich Beem and Wayne "Radar" Riley's troubles in the Open Zone on social media after the opening round, only to be faced with his own challenge a day later.

Beem had taken multiple attempts to hit out of a bunker and Radar gave the crowds something to laugh about with a shank off the tee, with the Sky Sports team then getting revenge on Coltart by giving him a surprise challenge of his own.

Coltart was requested to take on the 148-yard challenge, just like the players and talent have featured in this week, where he had to attempt to hit a shot as close to 148 yards as possible.

With an iron in hand, Coltart's attempts left Nick Dougherty and David Howell in stitches of laughter, with things not going to plan! Click on the video above to see Coltart's shank shocker!