The Open: Brooks Koepka slams his putting after 'hitting it best' 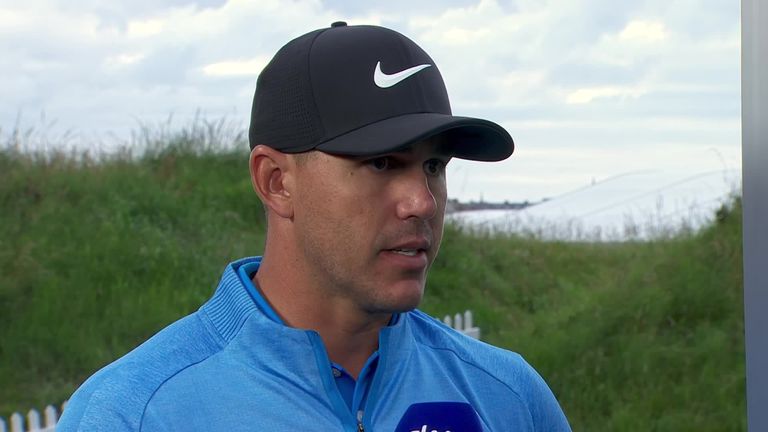 Brooks Koepka insists he is still in with a chance of continuing his remarkable winning run in majors after a strong finish to his third round at The Open.

The world No 1 birdied his final two holes to post a four-under 67 and get to nine under, but heads into the final round seven strokes back after Shane Lowry pulled clear at the top of the leaderboard.

Koepka made five birdies in calm conditions at Royal Portrush but missed a number of opportunities on the greens for the third day running, with the four-time major champion frustrated not to get more out of his round.

"Nobody has hit it better than me this week," Koepka said. "I've hit it as good as I could possibly imagine. I putted the worst in the entire field, if you look at strokes gained.

"Thankfully it's going to blow tomorrow but to have any sort of chance, I need to figure out the putter. Here you need some wind, you need some rain, need anything that can kind of go your way.

"There's some weeks where you just don't make anything. Sometimes it's just that I haven't hit them and when I feel like they're good putts, they just burn the edge."

Koepka sits in the group tied-fourth alongside Justin Rose, with Rickie Fowler a further shot back on eight under after making four birdies in the back nine of his five-under 66. 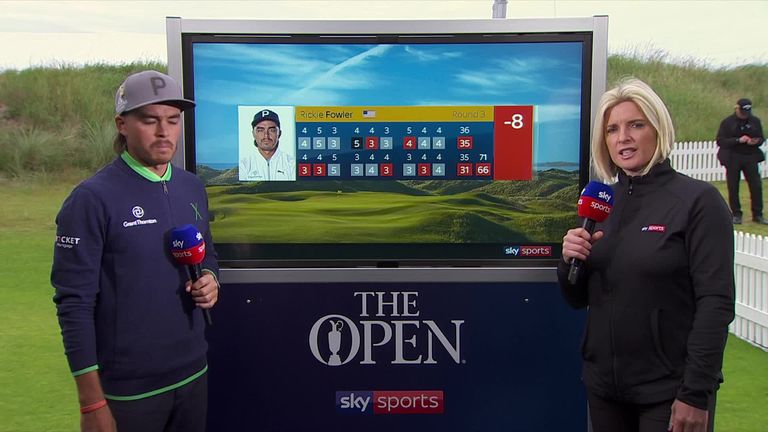 "We went the right direction today, that's for sure. I felt really good about what we did, especially the back nine. I actually made some putts today, unlike Thursday and Friday.

"We are we're going to go out there tomorrow and give it a run and leave it all out there, especially with the weather we're supposed to potentially have. You never know what can happen."

Watch the final round of The 148th Open live from the earlier time of 7.30am on Sky Sports' dedicated channel - Sky Sports The Open.