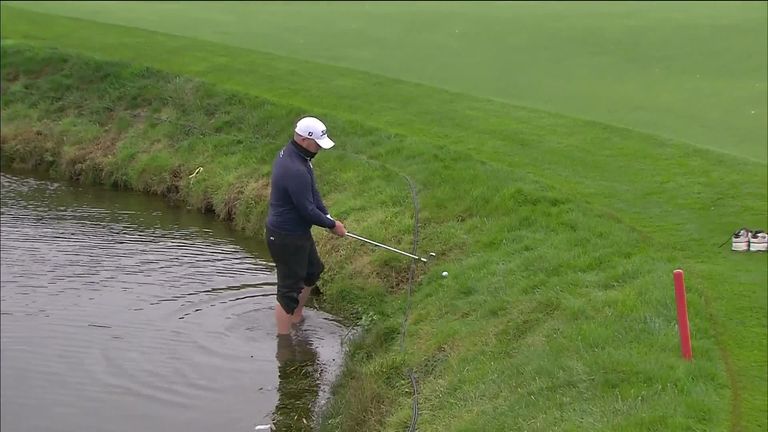 George Coetzee fell short in his title challenge at the Open de France, despite producing one of the most unlikely birdies of the season during the final round.

Coetzee let a two-shot advantage slip over the final six holes at Le Golf National to end the week in third spot, having made a charge up the leaderboard in unlikely fashion at the par-five ninth.

Report and highlights from a dramatic final round at the Open de France.

The South African's tee shot finished left of the fairway and only inches away from the hazard, leaving Coetzee having to remove his socks and shoes to wade into the water to play his next shot.

Coetzee was surprisingly able to get a stance in the water to make a clean connection and send the ball up the fairway, but then missed the green with his third shot to leave himself facing a tough up and down to save par.

The four-time European Tour winner had other ideas though, chipping in for the first of three birdies in a four-hole stretch to put pressure on Nicolas Colsaerts at the top of the leaderboard.

Click on the video above to see Coetzee's amazing birdie!