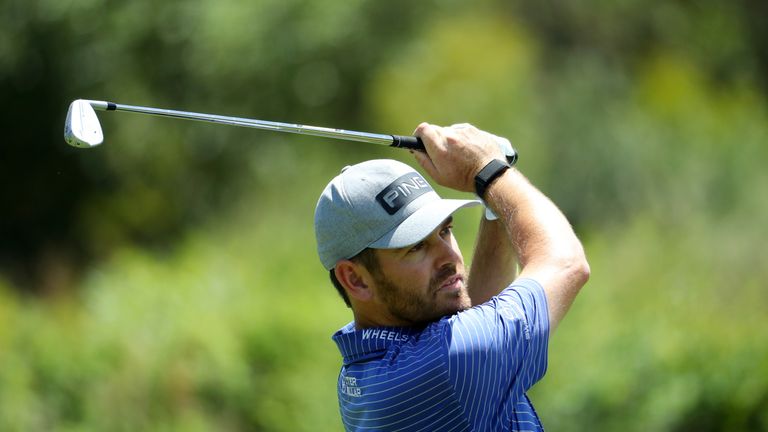 Highlights from the opening round of the Nedbank Golf Challenge at Gary Player Country Club in Sun City, South Africa.

Louis Oosthuizen shrugged off a pre-tournament illness to open up a three-shot lead after the opening round of the Nedbank Golf Challenge.

The South African sat out of Wednesday's Pro-Am but got off to an ideal start on home soil, making nine birdies on his way to a bogey-free 63 at Gary Player Country Club.

Oosthuizen - who can move as high as second on the Race to Dubai with a victory - has Thomas Detry as his nearest challenger after the Belgian signed for a first-round 66, with early clubhouse leader Guido Migliozzi a further stroke back in third spot.

"I just love this golf course," Oosthuizen told Sky Sports. "One of my first wins on the Sunshine Tour was here, the Dimension Data, and every time I play here it brings back a lot of good memories."

Playing alongside Kurt Kitayama and Robert MacIntyre, Oosthuizen opened with back-to-back birdies and followed a close-range gain at the fifth by holing a 20-footer at the next to reach the turn in 32.

Oosthuizen pitched to close range at the par-five 10th and drained a 15-footer at the 11th, with a four-foot gain at the par-three 12th giving the home favourite a two-stroke cushion.

The 37-year-old took advantage of the par-five 14th and rolled in from nearly 20 feet at the 17th, before hitting a deft chip to three feet at the last to save par and maintain his blemish-free start.

Migliozzi set the initial clubhouse target after birdieing six of his opening nine holes on his way to a five-under 67, while Lee Westwood opened his title defence with bogey-free 68 to join Ernie Els in the group five off the pace.

Tommy Fleetwood, 10th in the season-long standings, carded a three-under 69, with Race to Dubai leader Bernd Wiesberger and Matt Fitzpatrick - who can leapfrog the Austrian with a victory - both bogeying the last post on their way to matching 71s.

Watch the Nedbank Golf Challenge throughout the week live on Sky Sports. Live coverage continues on Friday from 8am on Sky Sports Golf and Sky Sports Main Event.