Players Championship podcast: What next for golf after cancellation? 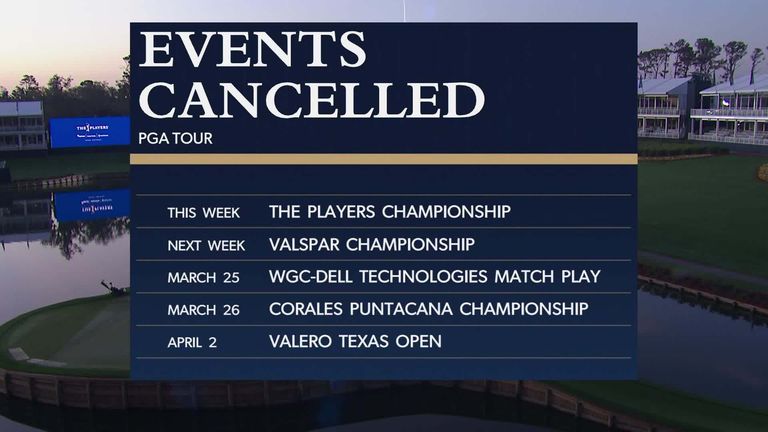 Nick Dougherty takes a look at the tournaments either postponed or cancelled across golf's main tours, a result of the coronavirus outbreak.

A special show reflecting on golf's recent cancellations has been turned into a podcast, live from the Players Championship.

Nick Dougherty presented a unique programme on Friday morning from TPC Sawgrass, where the PGA Tour decided to call off the event after the opening day due to ongoing fears about the coronavirus.

Paul McGinley, Rich Beem and Wayne Riley were also in the studio to react to the news, which included all other PGA Tour events in the coming weeks being cancelled.

The quartet looked at the implications for the sport and predicted whether the Masters would go ahead, with the opening major of the year then postponed later in the day.

PGA Tour chief Jay Monahan explained his decision to halt proceedings and what the future could hold for the sport, while world No 1 Rory McIlroy and Bernd Wiesberger were among the players to react to the situation.

Download and listen to the latest Sky Sports Golf podcast and don't forget to subscribe via iTunes!

*The show was recorded on Friday morning, before the announcement that afternoon that the Masters would be postponed until a later date.