Players Championship: Players to split half of $15m purse equally

By Ali Stafford in Jacksonville 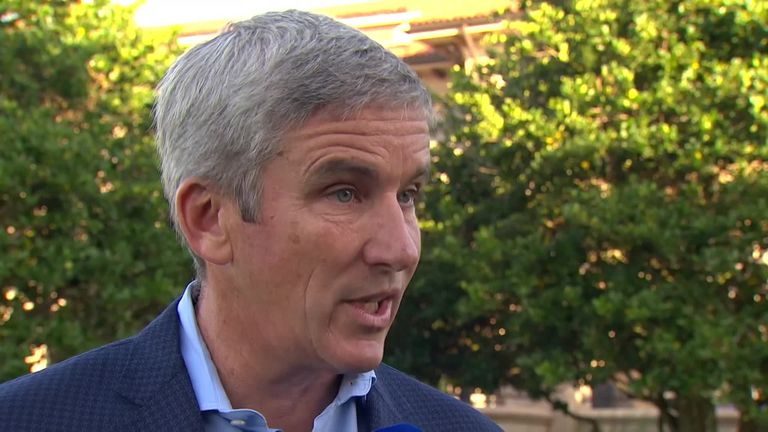 The PGA Tour confirmed that half of the Players Championship prize money will be equally distributed among every player in the field.

The PGA Tour's flagship event was cancelled late on Thursday evening, with the opening round almost complete, due to on-going fears about the spread of the coronavirus.

PGA Tour regulations state that a full round of a tournament must be completed for 50 per cent of the purse to be paid out, although four players were unable to finish on Thursday before darkness saw play suspended.

"We almost completed one round of this championship and we will pay 50 per cent of the purse to our players equally distributed amongst our players," PGA Tour commissioner Jay Monahan told the media on Wednesday.

"I think as we go forward, we have to consider everybody here. Our focus is going to be with our players on how we use this moment in time to inspire the communities where we won't be playing.

"Inspire when we get back in when we're playing, and make sure we use the strength of this organisation to do good here and ultimately get back to this unbelievable platform that we have that's going to get stronger as we go through this challenge."

The tournament has a $15m prize purse, the highest in professional golf, with 50 per cent of that evenly split across the field - regardless of leaderboard position - working out to roughly $52,000 a player.

The decision means that Hideki Matsuyama - who equalled the course record with a nine-under 63 to open up a two-shot lead - receives the same money as Nick Watney and Patton Kizzire, who were 16 shots off the early lead.

Taiwan's C.T Pan, who withdrew a few hours before the first round because of concerns over the virus, missed out a share of the purse because of his decision not to feature.