Tyrrell Hatton finishes two strokes back in a share of third; world No 1 Rory McIlroy ends in tied-41st 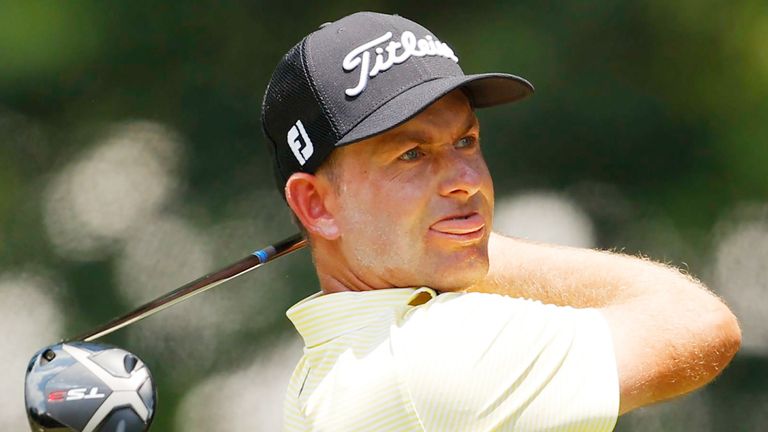 Webb Simpson produced a sparkling finish to claim a narrow victory after a weather-delayed final round at the RBC Heritage.

The world No 9 birdied five of his last seven holes at Harbour Town Golf Links to close a seven-under 64 and finish a shot clear of Abraham Ancer, securing Simpson a second win in four starts and moving him top of the FedExCup standings.

Tyrrell Hatton fell just short in his bid for a second PGA Tour victory in as many appearances, ending tied-third alongside last week's Charles Schwab Challenge champion Daniel Berger, with Sergio Garcia three strokes off the pace on 19 under and in a share of fifth with Joaquin Niemann.

Going into the final round as part of a four-way tie for the lead, Simpson got up and down from a greenside bunker to birdie the second just before play was halted for over two-and-a-half hours due to the threat of lightning.

Simpson also took advantage of the par-five fifth when play resumed but reached the turn two off the pace, as Hatton made four birdies in a five-hole stretch from the second and Ancer followed three straight gains from the fourth by rolling in a four-footer at the ninth.

Hatton edged ahead with a 10-foot birdie at the 12th but bogeyed the par-four next, where Simpson drained a 20-footer for a second successive birdie to move back into a share of the lead.

A two-putt gain at the 15th was followed by birdies over the next two holes to give Simpson a two-stroke cushion playing the last, where the former US Open champion holed a four-footer for par to set the clubhouse target at 22 under.

Ancer had birdied the 15th and 17th but was unable to find another to force a play-off at the last, closing a six-under 65, with Berger a further stroke back despite following back-to-back birdies from the 15th by chipping in for birdie from off the next green.

A five-under 66 saw Hatton join Berger on 20 under, while Garcia made five birdies in a seven-hole run from the 11th to match Niemann's final-round 65 and world No 3 Brooks Koepka ended the week four shots back in seventh spot.

Dylan Frittelli finished with back-to-back birdies to card a round-of-the-day 62, seeing the South African jump into a share of eighth that also included Justin Thomas - who shot a closing 63 - and Bryson DeChambeau.