Watch the second round live on Thursday. Coverage begins at midday on Sky Sports Golf 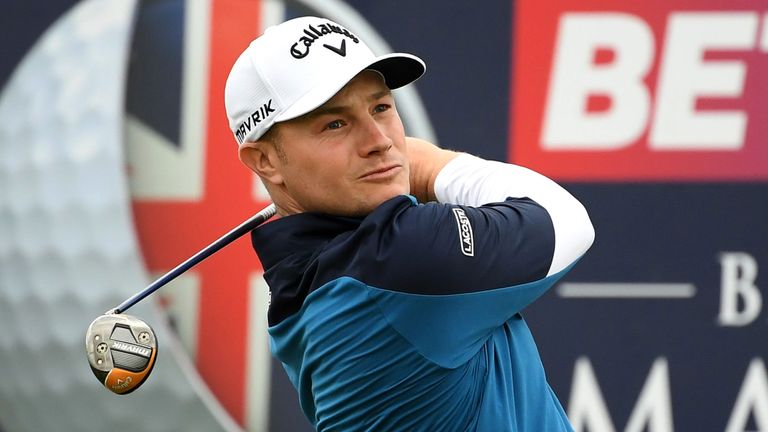 David Law blitzed Close House for seven birdies in eight holes in a phenomenal mid-round spell of scoring which earned him the first-round lead at the Betfred British Masters.

Law's bogey-free 64 saw him end the day one ahead of 'Mr 59', Oli Fisher, speedy Italian Renato Paratore and England's Garrick Porteous, while 2018 champion Eddie Pepperell opened with a 67 in which he missed a number of good birdie opportunities.

Scotland's Law has endured a poor run of results since claiming his maiden European Tour title at the Vic Open in February last year, his last top-10 finish, and he missed the halfway cut in his last four events before the coronavirus pandemic forced golf into shutdown.

But he has clearly used the four-month break efficiently and, after a "steady" start, a birdie at the sixth was the first of five in a row. He added further birdies at 12 and 13 before pars at the final five holes completed an outstanding first competitive round since March. 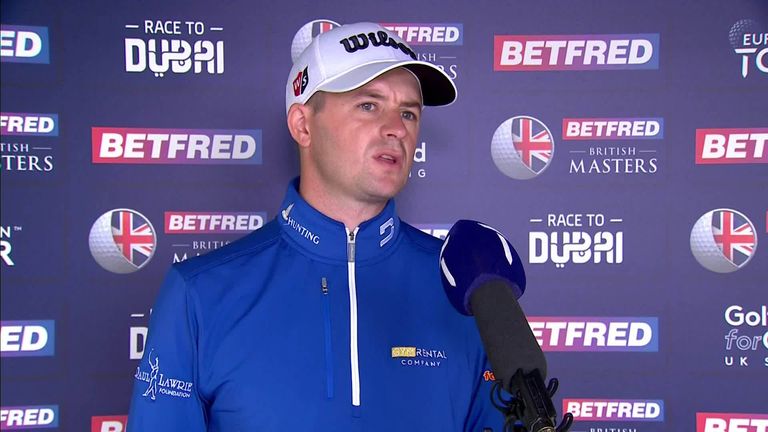 "I wasn't really sure what to expect coming into today after the long break but I was delighted with that," said the 29-year-old. "We've been lucky at home, not having anyone affected by the illness thankfully. I've got a daughter who is 19 months old, so to have that extended time at home - I'll never get that again probably - so we had a great time.

"It was a nice time for me because I wasn't playing the best going into that break, so it was a good time to recharge and reboot."

Paratore also handed in a clean card and shares second with English pair Fisher and Porteous, who both recovered from early mistakes to card seven birdies apiece and join the young Italian on six under par, while veteran Lee Slattery had arguably the most entertaining round of day one in the North East.

Slattery's 66 featured an eagle, three birdies and three bogeys over a remarkable eight-hole stretch from the third, but his inward nine was far steadier and he birdied each of the final three holes to close on five under and one ahead of star draw Pepperell.

The winner at Walton Heath two years ago missed the cut when the British Masters was held at Close House in 2017, but the slimline 29-year-old cruised round in 67 with five birdies and a lone bogey at the 16th.

Pepperell, whose steak, liver and bone broth diet had generated much discussion ahead of the tournament, shares ninth place with the likes of Pablo Larrazabal and Ryan Fox, while Fox's esteemed fellow Kiwi, 2005 US Open champion Michael Campbell, surprised even himself with a 68 in his first round since October.

Campbell, now 51, was later joined on three under by evergreen 56-year-old Miguel Angel Jimenez, who proved once again he can still compete on the main Tour in a week when he equals Sam Torrance's all-time record of 706 appearances on the European Tour.

Tournament-host Lee Westwood looked a little rusty in his inconsistent one-under 70, while Austrian Open winner Marc Warren came crashing back to earth as he made only one birdie against eight dropped shots in a disappointing 78.