British Masters: Renato Paratore stays one ahead of Justin Harding 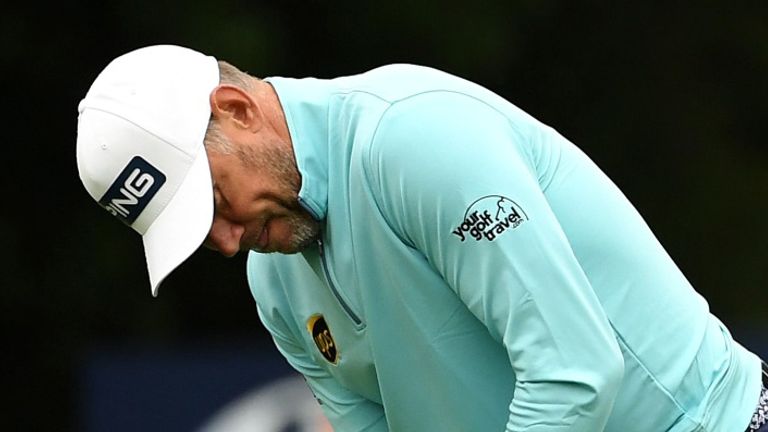 Renato Paratore continued his bogey-free start to the week to retain a one-shot lead heading into the final round of the Betfred British Masters.

The Italian birdied his final hole to close out a five-under 66 for the second day running at Close House, taking him to 16 under and a shot clear of nearest challenger Justin Harding.

Rasmus Hojgaard sits two strokes back in third ahead of Dale Whitnell, who carded a third-round 68 alongside Paratore in the final group, with Sam Horsfield jumping into a share of fifth after firing three eagles in a round-of-the-day 61.

Horsfield was nine strokes back at the halfway stage but surged up the leaderboard after posting two birdies and two eagles in a four-hole stretch around the turn, before picking up a shot at the 16th and holing a monster-eagle at the par-five next.

The Englishman - who carded a '59 round' during golf's coronavirus-enforced shutdown - then made par at the last to set the clubhouse lead before Paratore had teed off, with Ashley Chesters later joining him on 12 under.

Paratore followed an early birdie at the second with back-to-back gains from the sixth to reach the turn in 32, as Harding - playing in the group ahead - cancelled out a bogey at the second with three birdies in a five-hole stretch.

Hojgaard started his back nine with successive birdies and Harding made a ten-foot eagle at the par-five tenth to temporarily make it a three-way at the top, only for Paratore to roll in an eight-footer at the par-three 12th and reclaim his advantage.

Harding moved back alongside Paratore by picking up a shot at the driveable par-four 13th and Hojgaard also got to 15 under after a two-putt birdie at the 17th, only for the Dane to close his five-under 66 with a final-hole bogey.

Missed birdie opportunities over the closing two holes saw Harding stay at 15 under, with Paratore holing a 12-foot birdie at the last to edge back ahead and move one step closer to a second European Tour title. 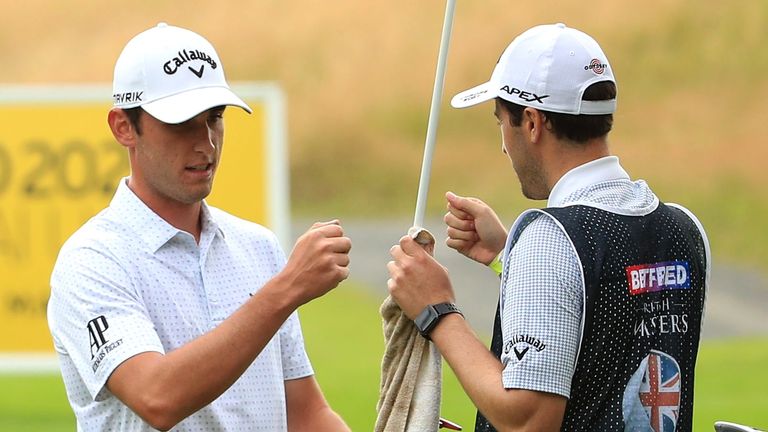 Robert Rock is five strokes back in seventh spot, while Jack Senior moved into tied-11th after making a hole-in-one at the par-three 14th on his way to a eight-under 63.

Eddie Pepperell sits in a share of 14th on eight under after a second 69 in as many days, while tournament host Lee Westwood - the highest-ranked player in the field - faces another early start after a level-par 70 left him 67th of the 70 players who made the cut.

Who will win the Betfred British Masters? Watch the final round live on Saturday from 1pm on Sky Sports Golf!