Lee Westwood has paid tribute to the European Tour for their "military-style" health and safety arrangements for this week's Betfred British Masters.

Strict guidelines are in place at Close House for an event hosted by Westwood for the second time in four years, and Westwood is certain that all players, caddies, tournament staff and media will abide by the regulations put in place to combat the spread of coronavirus.

Players have been subjected to "thorough testing procedures", and Westwood has applauded the measures introduced and the reaction from the field to significantly reduce the risk of causing a spike in Covid-19 cases in the region.

"We've taken all precautions," said Westwood. "The last two weeks in Austria have been quite successful in terms of people testing positive, I don't think anybody did. The last thing we want is to make the situation worse and be the cause of more cases.

"We have this Golf for Good initiative where we are giving back to the communities we play in, we don't want to be making that worse by starting off a corona spike in these communities. So it's up to us to be very careful and, from what I've witnessed, people are sticking to it by the letter. 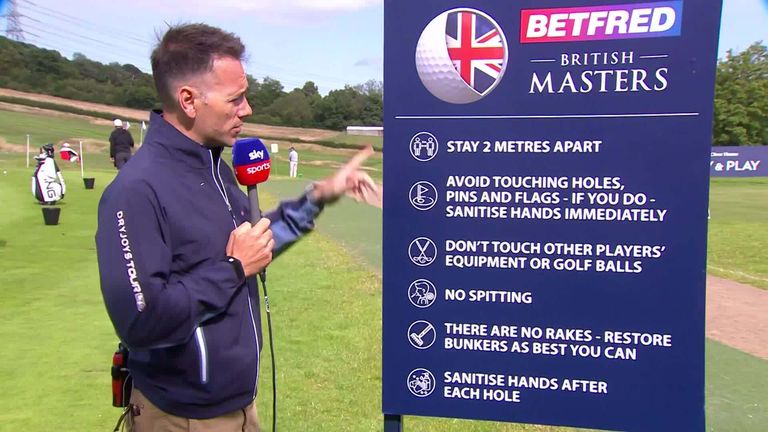 "I was amazed at the system the European Tour have set up. We all got tested before we travelled to events, and once at the event the testing procedure has been very thorough. Everyone on site who has been through it can only have found it impressive. It's military style, almost.

"They seem to have thought of everything. All the queuing up, different numbers to put into the system, getting checked every day whether you have symptoms and things like that. They just seem to be covering everything and there's not a moment in the day where it doesn't feel like your health is being checked or somebody has got an eye on you.

"I think that's a good thing right now. If you look back over the last five, six months and the way the public have been treated, I think it's not been clear enough, the rules have not been plain and simple. There have been too many grey areas, so that is what the European Tour is trying to eradicate with their protocols and testing."

Westwood also insisted it was an easy decision to commit to his hosting duties for this week's event rather than travel to the United States to endure two weeks of quarantine and then prepare for the WGC-FedEx St Jude Invitational and the following week's first major of the year - the PGA Championship at TPC Harding Park.

The former world No 1 also admitted he is still uncertain on whether he will play at the US Open in September, with Westwood cementing his place in both events following his superb victory at the Abu Dhabi HSBC Championship back in January.

"Nobody wants to miss majors or World Golf Championships, but it wasn't that hard of a decision," Westwood added. "I had made a commitment to Close House, Betfred and the European Tour to host this week so if I make a commitment, I always try and stick by it wherever I can.

"I think through all this, people have got to make decisions and use their own common sense. I just look at the United States and I hear California is back in lockdown, so it does not inspire me to go to San Francisco and play the PGA Championship and get on a plane for 12 hours. I just don't feel like I am ready to do that.

"I am slightly asthmatic so I have tried to be careful through it. I am 47 so probably one of the older guys out here - it isn't in that high bracket of people vulnerable to Covid-19, but I am nearly 50 so you do have to take some precautions and make your mind up. In the end, it has not been a difficult decision for me.

"The US Open is still seven or eight weeks down the line so I will re-evaluate and make a decision then. I plan to play in Spain and Portugal, those two tournaments after the Belfry, and then there are a run of tournaments coming up in Europe after the US Open, so hopefully I can play in the US Open but right now, who knows?"