Bryson DeChambeau fails to get free drop from 'anthill' in Memphis 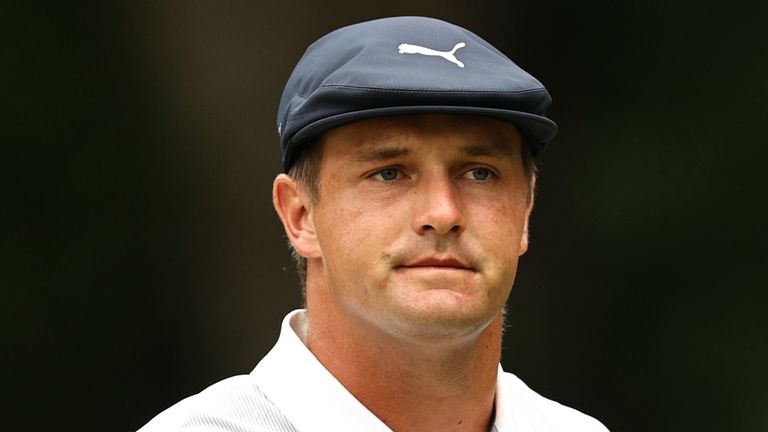 Bryson DeChambeau was embroiled in another rules scuffle as he attempted to claim relief due to apparent burrowing red ants at the WGC-FedEx St Jude Invitational.

DeChambeau was going along nicely at four under par with three holes remaining when he pulled his tee shot left at the seventh and his ball came to rest in an awkward lie at the base of a tree.

He clearly didn't like what he saw when he got to his ball, which was nestled between a couple of thick twigs and near a tree root, but he saw a possible way out when he saw a red ant nearby.

DeChambeau called for a rules official and claimed he was entitled to a free drop at the nearest point of relief because his ball was possibly lying on an anthill.

The Rules of Golf permit a free drop if a ball, or the players' stance, is impeded by an indentation that has clearly been made by a burrowing animal, but referee Ken Tackett was having none of it.

In scenes similar to the two rules officials that stood their ground when DeChambeau argued against an out-of-bounds ruling as he made his way to a quintuple-bogey 10 during the Memorial, Tackett insisted the American did not have a legitimate claim to a free drop.

DeChambeau at least accepted the decision with far more dignity on this occasion, but he continued to struggle for the rest of the hole as he gouged his second into thick rough, almost found a bunker with a flop-shot, and he needed three more to get down in a double-bogey six.

"That was weird," he said after signing for a three-under 67. "So there was discoloured dirt and I saw a couple of red ants there and I was thinking, hmm, anthill, I may get something or I might not.

"I asked him and he was like, 'well, it's got to be, you know, kind of endangering you'. And it was just an anthill, so there was just a discussion there and he didn't think it was necessary for a drop.

"So I'm always going to respect the officials and go, 'okay, no issue, that's fine'. It didn't help that I had a really, really bad lie, too, with two twigs lodged in between my ball. Is what it is."