Tiger Woods admitted he is fast running out of time in his quest to emulate Jack Nicklaus' record haul of 18 major titles.

Matching, and then surpassing, the all-time record looked to be a case of when, rather than if, after Woods collected major no 14 after a dramatic Monday play-off against Rocco Mediate at the US Open over 12 years ago.

But Woods did not add to his tally until the Masters last year after several spells out of the game due to knee and back injuries, and his chances of a 16th major arriving at this week's PGA Championship effectively ended with a third-round 72.

The 44-year-old concedes he does not have many major championship starts left to achieve his lifelong dream, with his task made more difficult by the longer and tougher course set-ups at most major venues.

Asked if he felt he was running out of majors, Woods said: "There are not as many as when I first started playing! The reality is that the golf courses are getting bigger, they are getting longer.

"And the margin between making the cut and the lead is a lot smaller than it used to be. It used to sometimes be 12 to 15 shots. This week, we had nine shots. It's just different. 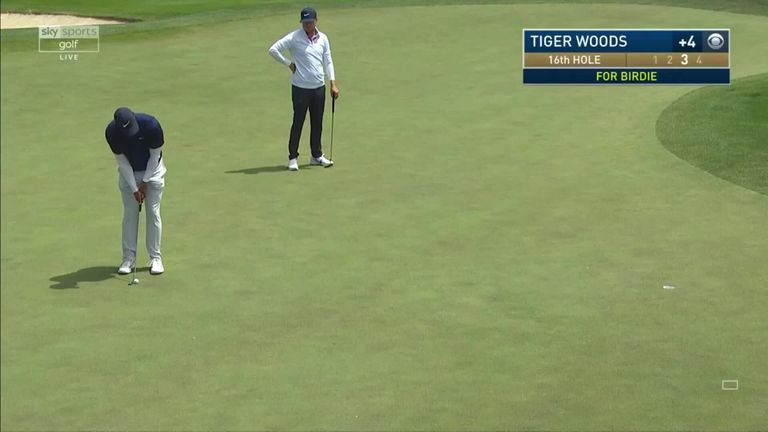 Woods also insisted that those "same guys" would be unaffected by the spectator bans in place for the PGA and next month's US Open, admitting there was a distinct lack of energy on the course for the third round of a major.

"I've been accustomed to playing with a lot of people, and a lot of sounds and a lot of movement for my entire career," he added. "Some of the guys were joking with me at Memorial saying, 'Now you know how we feel'.

"You go around play 36 holes, sometimes 72 holes in peace and quiet. It is different. But I just think that big events, you see the same guys, and we see Brooksy up there again, guys who understand how to play tough golf courses and tough venues tend to be up there, whether there's crowds or no crowds.

"We were talking about that today. Saturday of a major championship it's usually pretty rowdy, so this is a little bit different. As I said the other day, this is our new norm, and we are going to have to get used to this, no matter how big the event is.

"Normally we have thousands of people and you don't really see that. It's almost like white noise. But this is a little bit different."