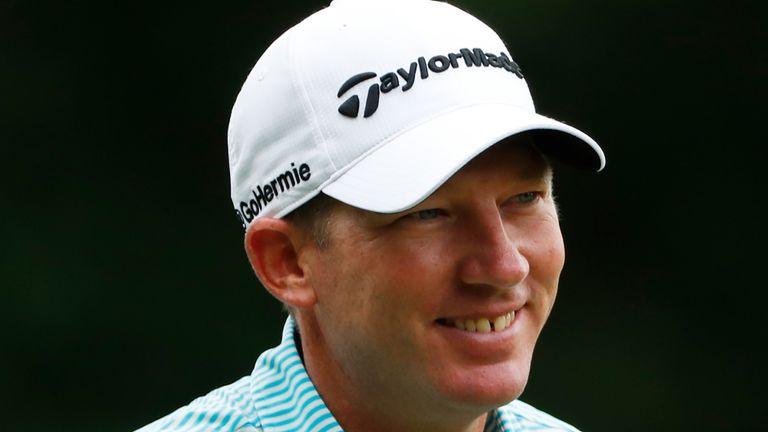 Jim Herman has admitted he may need to play more rounds with president Donald Trump after registering a third PGA Tour title at the Wyndham Championship.

The world No 318 stunned the field over the weekend at Sedgefield Country Club by following a career-low 61 with a seven-under 63 to claim a one-shot victory over Billy Horschel.

Herman was a former assistant club professional at Trump National Bedminster in New Jersey, where the 42-year-old played a practice round with the president just a few weeks ago.

The pair also played together in the build-up to Herman's breakthrough win at the 2016 Houston Open and a couple of weeks before he won the Barbasol Championship last July.

"There's some rumours that he [Trump] was definitely watching, some of the media had said he was watching," Herman said. "He's a big fan of mine, a big supporter of mine.

"I need to play golf with him a little bit more. I guess I've won my three events that I played with him within a week, two weeks, three weeks, something like that. We'll see, you never know."

Herman birdied three of his last four holes on Friday just to make the cut before his weekend charge up the leaderboard, with the victory seeing him jump from 192nd to 54th in the FedExCup standings and putting him in the field for The Northern Trust.

"Obviously you don't expect 61 or 63 on a regular basis, but when you need it, there was nowhere else to go but deep," Herman added. "You weren't going to be able to just get around 18, four under wasn't going to do it today.

"So 61 was great yesterday to get me back in the picture. The rain obviously helped out for scoring, you could fire at most pins, and the greens were perfect.

"Yeah, 61-63, some of the best golf I've ever played. Best golf I've played in my life obviously. Last summer was pretty close, but these two rounds, pretty special."