Herman now 54th in the FedExCup standings; moves into the field for The Northern Trust next week at TPC Boston 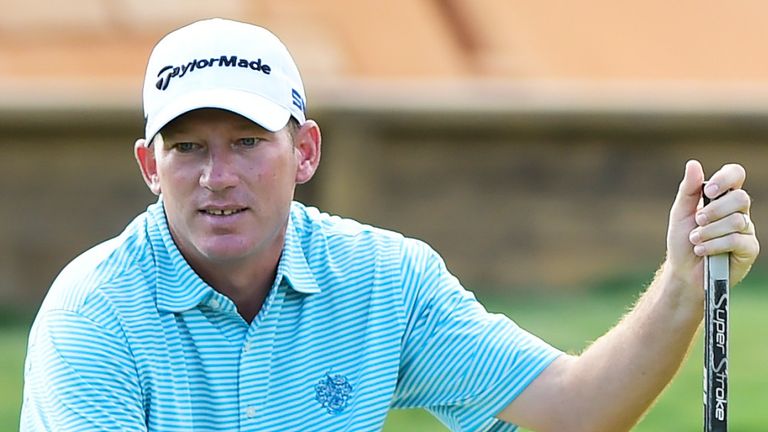 Jim Herman booked a last-minute invite to the FedExCup play-offs with an incredible victory at the Wyndham Championship.

Herman started the week 192nd in the FedExCup standings and needing a top-two finish to have a chance of breaking inside the top 125 and securing a place at The Northern Trust, the first of three season-ending play-offs.

The world No 318 birdied three of his last holes on Friday to make the cut and then carded a third-round 61 to get within four strokes of Si Woo Kim, before posting a seven-under 63 at Sedgefield Country Club on Sunday to finish a shot clear of Billy Horschel.

Herman drained a 30-foot birdie at the first and struck a magnificent approach to set up a tap-in at the fourth, before jumping up the leaderboard by holing a 60-foot eagle at the par-five next.

The American cancelled out a bogey at the sixth by rolling in a 15-footer at the eighth to reach the turn in 31, with further birdies at the 13th and 15th putting him into a share of the lead.

Horschel, playing in the group behind, matched the birdies at the 13th and 15th but failed to get up and down from the rough to save par at the 16th, allowing Herman to edge ahead by converting from four feet at the 17th.

Herman made par at the last to set the clubhouse target at 21 under and leave Horschel needing a final-hole birdie to extend the contest, where he missed a putt from nine feet that would've forced a play-off.

Overnight leader Kim slipped down the leaderboard after racking up a double-bogey at the sixth and also bogeying the eighth after finding water off the tee, before three birdies in a four-hole stretch around the turn helped him to a level-par 70.

Kim is joined in tied-third with Kevin Kisner, Webb Simpson and Doc Redman, with Simpson moving inside the top 125 in the FedExCup standings after claiming a share of seventh with Harold Varner III.

A tied-23rd finish for Shane Lowry moved him from 131st to 122nd and sealed his appearance at TPC Boston next week, while Rafa Cabrera Bello missed out after bogeying his final three holes to end the week tied 37th.

Who will win the FedExCup? Watch all three play-offs, starting with The Northern Trust, live on Sky Sports!