Watch the final round live on Sunday. Coverage begins at 5pm on Sky Sports Golf 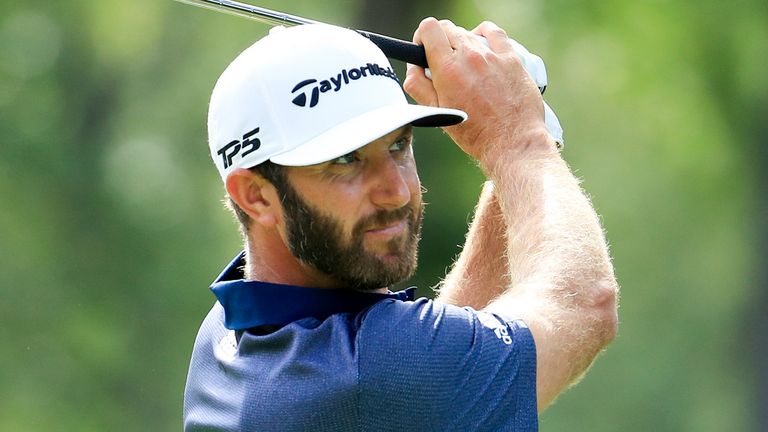 Dustin Johnson stepped up his bid for back-to-back FedExCup Play-Offs wins as Rory McIlroy lost ground on the leaders on day three of the BMW Championship.

With Olympia Fields still presenting a US Open-style challenge and sub-70 scores at a premium, Johnson and playing-partner Hideki Matsuyama will go head-to-head again in the final round after both fired 69s to close on one under par.

The top two are the only players under par after 54 holes, and they have a two-stroke advantage over the field while McIlroy's hopes of a first win of 2020 took a knock as he carded five bogeys against two birdies in a 73 which saw him slide to two over.

Overnight co-leaders McIlroy and Patrick Cantlay were both erratic early in their third rounds after Matsuyama suddenly vaulted to three under following a chip-in for eagle at the first and a birdie at the fourth, although the Japanese ace undid his fine early work with three bogeys in five holes around the turn.

Jon Rahm picked up his ball on the fifth green, but the realised he had forgotten to mark it first!

But he did get back under the card with a birdie at the long 15th which was matched by Johnson, and both parred in to stay at one under for the penultimate tournament of the season.

Johnson, who regained world No 1 status with his astonishing 11-shot demolition of the field at the Northern Trust last week, could not match his playing-partner's flying start as it took him four shots just to find the green at the opening hole.

The American two-putted for bogey, but he did pick up shots at the third and eighth either side of another blemish at the fifth, and his putter went cold after the turn as he missed four makeable chances in a row before finally getting a putt to drop for a four at the 15th.

Adam Scott dug deep to grind out a battling 70 with two birdies and a pair of bogeys, the veteran Aussie remaining in contention on one over alongside Joaquin Niemann (68) and Mackenzie Hughes (69).

Jon Rahm held the clubhouse lead for hours having propelled himself 33 places up the leaderboard with a superb 66 given the conditions, although the Spaniard could have been one better had he not committed a bizarre penalty on the fifth green.

Rahm was perhaps distracted by a disappointing approach from the middle of the fairway that came up 45 feet short of the flag, and he picked up his ball having forgotten to mark it first - an error he realised immediately before calling for a rules official to confirm a one-stroke penalty.

McIlroy did not look quite as fluent as the first two rounds and a three-putt bogey at the third was hardly the confidence booster on the greens he was looking for, although he holed from just inside 15 feet at the fifth only to bogey both par threes on the front nine having bunkered his tee shots to both.

A wayward drive at the 10th ended up against a tree root and forced him to pitch back to the fairway left-handed as he dropped his fourth shot of the day, but a booming drive and precise pitch at the next set up a bounce-back birdie. 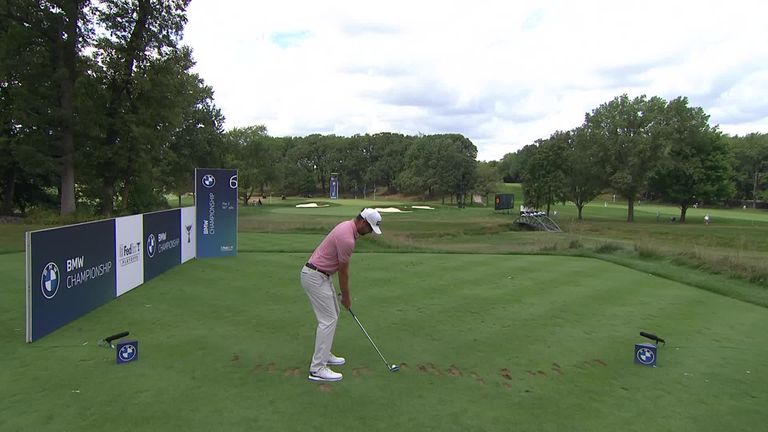 But he found further chances hard to come by and three-putted the last from 70 feet to end the round three off the lead, along with Rahm, Bubba Watson and Brendon Todd, whose 71 was one of the more roller-coaster rounds of the year.

Todd birdied two of the first six holes before making bogeys at five of the next six, which he followed with three consecutive birdies, another dropped shot and two closing pars keeping him within striking distance of the leaders.

Matt Fitzpatrick boosted his hopes of qualifying for next week's Tour Championship after a 68 that included a stunning 119-yard hole-out from rough for eagle at the 15th, the Englishman getting to three under and one ahead of fellow Englishman Tyrrell Hatton.

A deflated Cantlay failed to make a single birdie in a 75 that dropped him to four over, while Corey Conners provided the outstanding highlight of day three thanks to the first hole-in-one of his PGA Tour career, finding the cup with a perfect 150-yard nine-iron at the fifth.