The Players Championship 2020: Remembering the week when golf shut down because of coronavirus

Hideki Matsuyama equalled the course record with a 63 in the first round of last year's Players Championship at TPC Sawgrass but then golf, along with the whole world, changed as the spread of coronavirus led to the tournament in Florida being cancelled

It is the evening of Thursday March 12, 2020. The first round of The Players is complete, with Hideki Matsuyama holding a two-shot lead after a stunning start at TPC Sawgrass. Any conversation about the golf is at a premium, though, with attention focused on far more serious matters off the course.

Concern about coronavirus has already quickly escalated in the build-up to the PGA Tour's flagship event, with the World Health Organisation confirming Covid-19 as a global pandemic the day before the tournament. Golf was rapidly becoming an afterthought due to the ever-changing situation.

The PGA Tour had made an announcement mid-round to say spectators would be banned for the final three rounds - and at least the next three tournaments - due to coronavirus, only to alter its plans completely and release a new statement just before 10pm local time.

"It is with regret that we are announcing the cancellation of The Players Championship," the statement read. "We have also decided to cancel all PGA Tour events - across all of our Tours - in the coming weeks, through the Valero Texas Open."

The cancellation signified a significant change of tone from the PGA Tour, who appeared desperate to keep its flagship event going as the sporting world was rapidly shutting down around it. Ultimately, commissioner Jay Monahan was left with little alternative but to follow suit and pause the golfing season.

The evolution of golf's shutdown

Golf had already felt the effects of the virus ahead of The Players, with the European Tour and LPGA Tour forced to delay or cancel events in Asia at the start of 2020, although the PGA Tour - with the exception of its development tour in China - had proceeded without any problems.

The PGA Tour said at the start of March it was "closely monitoring" Covid-19 developments but had no plans to alter its schedules, with confirmed cases in the USA still at less than 600 as the world's best players arrived at TPC Sawgrass that week.

There was little indication of an impending crisis in the pre-tournament press conferences, with conversation drawn more on the proposed Premier Golf League rather than any risk of coronavirus. Covid-19 was mentioned during Monahan's hour-long session with the media on Tuesday, but primarily in discussions about a possible relocation of the PGA Championship and whether a World Golf Championship event in Texas would go ahead later that month.

The severity of the virus became clearer on the eve of the tournament when the WHO declared Covid-19 as a global pandemic, following a 13-fold increase in cases outside of China in the space of two weeks, while Donald Trump announced in an Oval Office address that travel between the USA and large parts of Europe would be suspended to try and combat the spread.

When is The Players on Sky Sports?

Sky Sports will have over 40 hours of live golf from TPC Sawgrass on a dedicated Players Championship channel.

A positive test for Utah Jazz's Rudy Gobert saw the NBA become the first major American sports league to suspend its season, quickly followed over the next 24 hours by the MLB, NHL and MLS, but the PGA Tour proceeded as planned and told players late on Wednesday night the tournament would still go ahead.

The attendance was visibly lower than in previous years for Thursday's opening round, with fans given the option of a full refund if they did not feel safe to attend, while new safety measures saw hand sanitiser points put out around the course and spectators prevented from getting autographs from players.

An already subdued atmosphere quietened further when news spread that the final three rounds would be played behind closed doors, along with all events over the coming weeks, with speculation growing about the sport's short-term future despite Monahan insisting The Players would run through to its scheduled conclusion on Sunday.

The decision to play on brought a mixed reaction from those involved, with Patrick Cantlay admitting post-round he was "surprised" to see the event continue and Graeme McDowell "expecting the horn to go off" mid-tournament, while CT Pan withdrew ahead of his opening round because of concerns about the coronavirus.

The PGA Tour released plans on Thursday evening containing how it planned to continue to operate with a minimal on-site presence over the next three days, while Rory McIlroy called for mass testing to take place and the tournament to be shut down if anyone received a positive test.

"For us to keep playing on Tour, all the Tour players and people that are involved need to get tested and make sure that no one's got it," McIlroy said. "Obviously everyone knows you can have it and not have symptoms and pass it on to someone that's more susceptible to getting very ill from it, so it's a scary time." 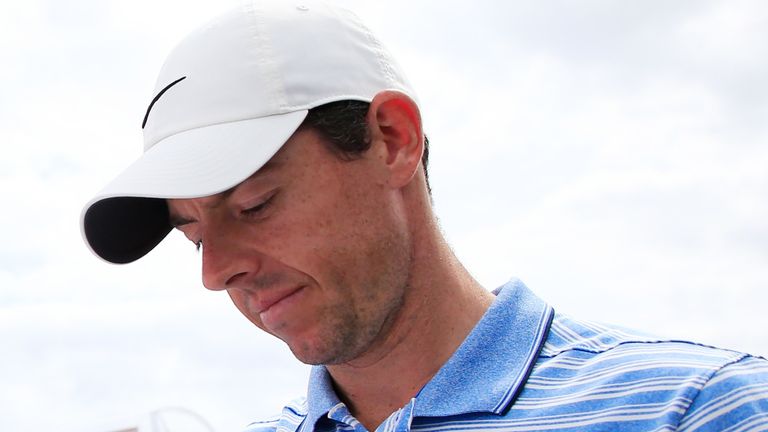 Further sports events and leagues across the globe announced postponements and cancellations during March 12, with widespread concern among the players leading to the PGA Tour deciding the "rapidly changing situation" was enough to cancel The Players and the forthcoming three events.

A tired-looking Monahan faced the media again early on Friday morning after receiving the full backing from the players for cancelling, with the commissioner defending his decision to start the tournament in the first place and explaining why the PGA Tour took a sudden change of direction.

"As the situation continued to escalate and there seemed to be more unknowns, it ultimately became a matter of when, and not if, we would need to call it a day," said Monahan, who also indicated that the closure of two Florida theme parks was a factor in cancelling its "Super Bowl".

Within hours, officials at The Masters announced they were postponing the opening major of the year, while the PGA Championship followed suit on March 17 - the same day the PGA Tour added four more events to its list of cancellations.

The PGA Tour did not return until the Charles Schwab Challenge on June 11 and both the European Tour and LPGA Tour did not resume until the following month, while a reduced men's major schedule saw The Open cancelled for the first time since World War II and only three taking place.

It would be several more months before fans attended tournaments again, with the Bermuda Championship and Vivint Houston Open the only other PGA Tour events in 2020 to allow limited crowds and all three men's majors taking place behind closed doors. 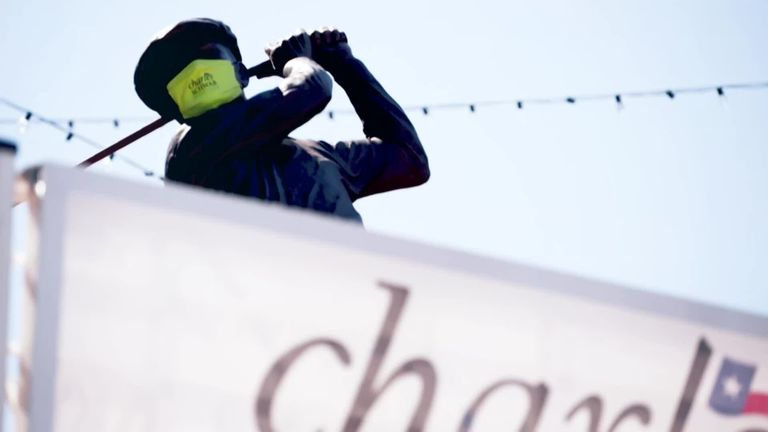 Spectator levels have yet to reach pre-shutdown capacity but are slowly being allowed in larger numbers, as sport continues to adapt to the pandemic, with a reported 20 per cent capacity of tickets being sold for this year's Players Championship.

Those lucky enough to get a ticket for TPC Sawgrass will be required to wear a mask and follow social distancing guidelines, while the presence of spectators around the iconic 17th hole this week will be a welcome sight to those hoping that sport is slowly moving back in a positive direction.