Rory McIlroy's one-shot victory at The Players Championship was his first since the Arnold Palmer Invitational in March 2018.

Rory McIlroy overcame another poor start and a heavily-congested leaderboard to win The Players Championship after a sensational final day at TPC Sawgrass.

But, aside from ending a 53-week wait for a title, the win also put the gloss on a stunning run that has seen the 29-year-old finish in the top six in his first six events of the year, prompting the world No 4 to say it has been the best start to any year of his career

Book a round: Anytime, anywhere!

With a cumulative score of 80 under par since the turn of the year, we take a look at McIlroy's remarkable start to 2019.

McIlroy's first tournament of the year in Hawaii showed good early signs of his form to come but ended in frustration as he failed to make birdie on any of his final 13 holes on the Sunday.

Having got himself to within two of the Gary Woodland's lead early on the final day, he then missed a birdie chance at 10 before finding thick grass off the tee at 14 on his way to a bogey.

His final round 72 left him 15 under for the tournament at Kapalua, eight behind winner Xander Schauffele after the American's blistering 62.

A second-round 65, after a disappointing opening 71, catapulted McIlroy into contention in his second tournament of 2019 at Torrey Pines.

He then followed that with a 69, before three birdies in four holes on the front nine on Sunday sent him flying up the leaderboard.

But he was unable to maintain his challenge after the turn, with a bogey at 12 effectively ending his chances as Justin Rose held off Adam Scott to claim a two-shot win.

McIlroy's only birdie of the inward half came at 18, but that did ensure back-to-back 69s for the four-time major champion and secure his second top-10 finish of the month. 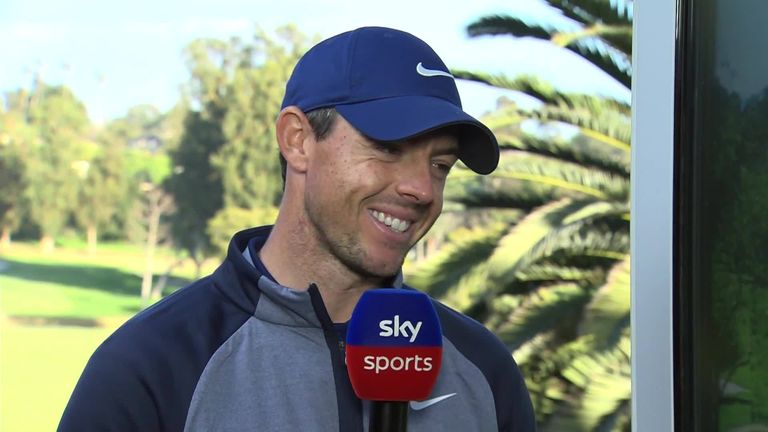 Again, the Northern Irishman slipped away on the back nine as the windy conditions took their toll, coming home in 37 after mixing two birdies with three bogeys.

He finished tied for fourth on 11 under, three shots back from Holmes, but said he was very encouraged by his consistent form.

"The game's right there," he said at the time. "I'm happy with pretty much everything. Just a couple of loose shots here and there with the irons and tidy that up." 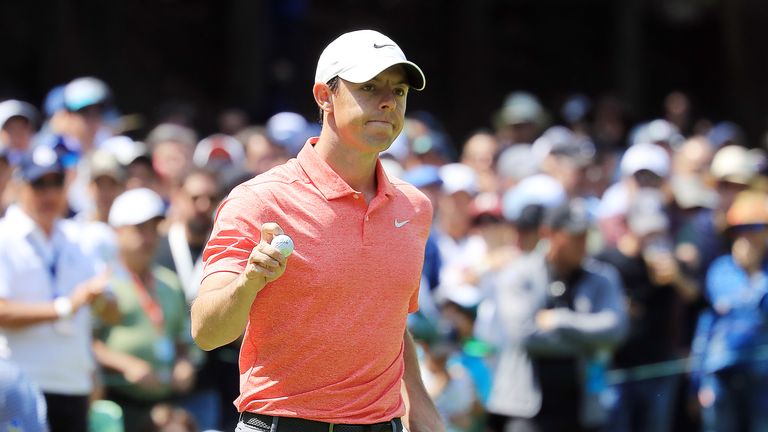 McIlroy did all he could to put pressure on Dustin Johnson on the final day at Chapultepec Golf Club.

He began Sunday four shots behind the-then world No 2, but six birdies in a seven-hole stretch on the back nine was still not enough as his eventual 67 left him 16 under and five shots adrift of Johnson.

He did briefly get to within two shots of the lead, but he then missed an eight-foot putt for par at the fourth before finding water on his way to a bogey six at the sixth.

Paul McGinley praises Rory McIlroy for his Players Championship victory and looks at what it could mean for his Masters hopes.

Still, with questions being asked about whether he was worried about closing out on a Sunday, he was confident the elusive win was around the corner.

"My game is right there, I'm really happy with everything. I've just got to stay patient, look at the positives and just keep persisting, putting myself in positions and sooner or later it'll go my way."

This was the one that truly got away. As defending champion, McIlroy began the final day just one off the lead only for a closing 72 to leave him four shots behind Francesco Molinari, who stormed to the title at Bay Hill with a brilliant 64.

It was the ninth straight time that McIlroy had failed to capitalise on playing in the final group on a Sunday.

"My Sundays haven't been what I would have liked, but I'm putting myself in that position, so good golf is good golf, I keep saying that, at the end of the day."

It was on the greens that McIlroy suffered here, making only two birdies on Sunday as the only member of the top 14 on the leaderboard who failed to shoot under par. 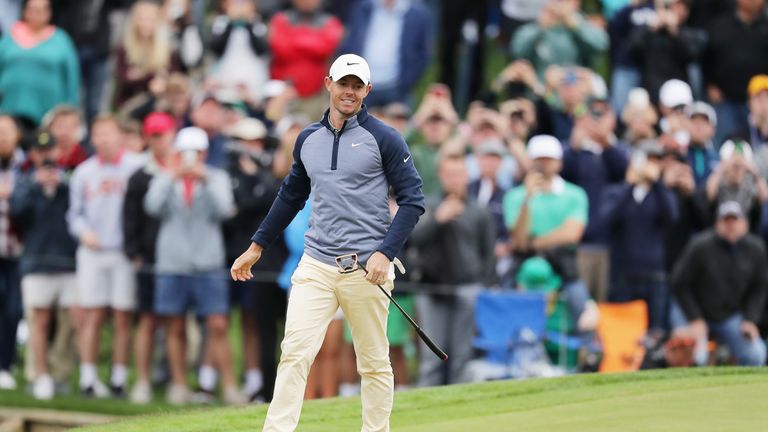 Finally, reward for his brilliant golf, as McIlroy held off late charges from Jim Furyk, Eddie Pepperell and Jhonattan Vegas to clinch a one-shot victory.

He admitted afterwards that he had drawn on his recent near-misses to overcome a double-bogey at the fourth and then recover from a bogey at the 14th with birdies at the 15th and 16th and two rock-solid pars at the tricky 17th and 18th.

His two-under 70 was enough to earn a record cheque for $2.25m, his first title for 53 weeks, and - perhaps more importantly - morale-boosting momentum to take into his latest bid for a career Grand Slam of majors at the Masters next month.

"Maybe if I hadn't have had those experiences, I wouldn't be sitting up here with this trophy, so I'm thankful and grateful for those experiences I've had this year. Yes, it would have been nice to maybe get another win, but it sort of made it all worth it."