Lee Westwood takes Route 66 to halfway lead as Matt Fitzpatrick cards a 68; Bryson DeChambeau is four off the lead but Rory McIlroy misses the cut; watch the final two rounds live on Sky Sports The Players from 1.30pm on Saturday and Sunday Lee Westwood produced a flawless round of golf at TPC Sawgrass to take the lead over fellow Englishman Matt Fitzpatrick after the second round of The Players Championship.

The 47-year-old Englishman took advantage of the easier scoring conditions at the Florida venue to card a six-under 66 which lifted him to nine-under 135 at the halfway stage of the PGA Tour's flagship event.

He leads by one from Fitzpatrick with Sergio Garcia and Chris Kirk one shot further back, while Bryson DeChambeau is in a group of six tied for fifth place on six under.

But there was no Friday fightback from defending champion Rory McIlroy as he could only add a three-over 75 to his horror 79 on Thursday as he finished on 10 over and missed the cut by 10.

Westwood, runner-up to DeChambeau at last week's Arnold Palmer Invitational, started four behind Garcia after an opening 69 but made good early progress by holing putts from 16 and nine feet to birdie his first two holes - the 10th and 11th.

He then played some solid par golf for the next eight holes before birdieing the par-five second after hitting his approach to eight feet.

The world No 31 then drained a 30-footer for birdie at the third and followed that up from 12 feet at the fourth before completing an excellent day's work with his sixth birdie at his closing ninth.

Westwood, who shared the halfway lead at TPC Sawgrass with Luke Donald in 2005 before finishing tied-22nd following an 80 in the third round, now has six bogey-free rounds in the tournament since 2000, the most of any player.

Fitzpatrick posted a second successive 68 and spent all day at or near the top of the leaderboard after matching Westwood's start with birdies at the 10th and 11th with another following at the 15th.

The 26-year-old was putting excellently and, after another birdie at the second, he rattled in a 32-footer to par the fourth.

His good work was undone by a poor second which cost him a bogey at the fifth and he dropped another shot at the eighth but he showed his mettle by replying with birdies both times to secure a place alongside Westwood in the final group on Saturday.

Garcia had led by two overnight after his 65 on Thursday, but could only add a level-par 72 to his total, although it was still a lively outing for the Spaniard.

The highlight of his round came at the par-five 11th where he was only a couple of inches away from making an albatross with his second shot from 222 yards.

But there were also some lowlights with four three-putts, including a miss from around a foot as he made his fifth bogey of the day at the 15th. 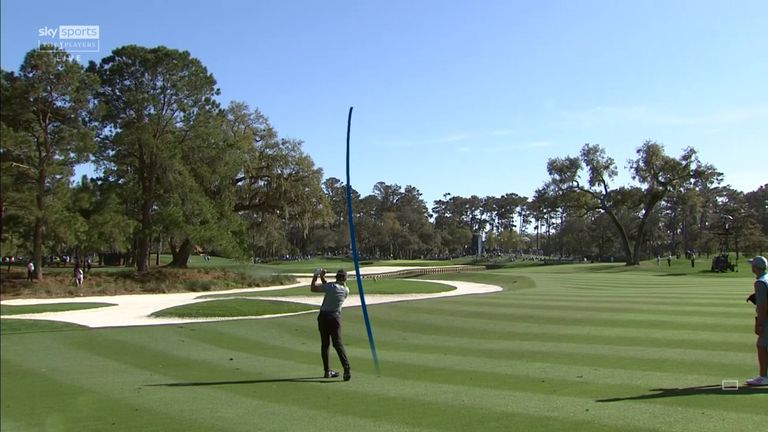 He shrugged that off, though, to birdie both the 16th and 18th to keep tabs on Westwood.

Kirk, who has found his form in recent weeks, went one better than Westwood as he matched Garcia's opening 65, his round featuring a six-hole stretch from the 15th where he made five birdies and a hole-out eagle at the par-four first.

DeChambeau made a poor start with a double-bogey at the 10th but rallied with five birdies for a 69, although he admitted he had rode his luck at times.

McCarthy was one of two players to make a hole-in-one during the day with an eight-iron into the 165-yard third, while Brendon Todd matched McCarthy with the first ace of his PGA Tour career with a five-wood into the 213-yard eighth. 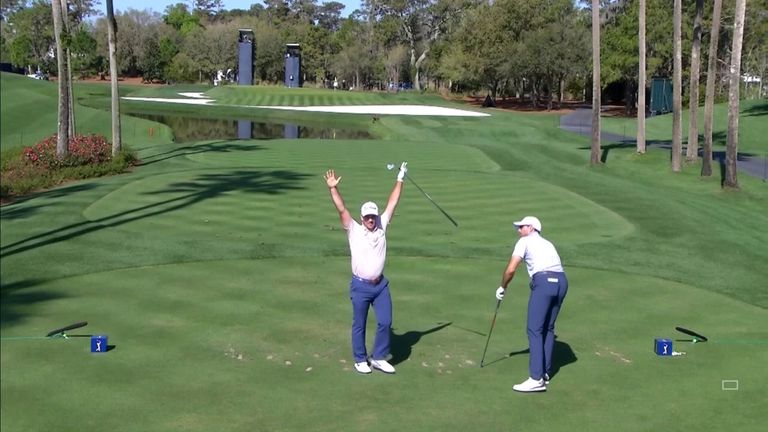 Im, meanwhile, made his mark with a run of six successive birdies from the 15th which equalled the tournament record for the most consecutive gains.

World No 2 Jon Rahm fired a 68 which took him to four under, while world No 1 Dustin Johnson could only manage a 70 after producing a mixed bag following three birdies over his first four holes.

He is on one under, one behind Ireland's Shane Lowry who failed to follow up his opening 68 as he struggled to a 74.

Play was suspended due to darkness with eight players still to complete their rounds, but the cut is set to come at level par which means the likes of Webb Simpson, Tommy Fleetwood, Tyrrell Hatton, Viktor Hovland, Hideki Matsuyama, Francesco Molinari, Robert MacIntyre, Tony Finau, Ian Poulter, Xander Schauffele and Rickie Fowler will all miss out on the weekend action.

McIlroy once again looked out of sorts as he went round in 75 blows, bogeys at the sixth and seventh ending any hopes of a charge up the leaderboard.

He also double-bogeyed the 10th after driving into trees and dropped a shot at the 13th, although he twice went close to eagles as he birdied both the ninth and 16th.