"I've got a fun couple of days coming up," says Lee Westwood after second-placed finish at Players Championship; Englishman taking his son Sam on pre-Masters visit to Augusta National with Shane Lowry; watch the Honda Classic and The Masters live on Sky Sports 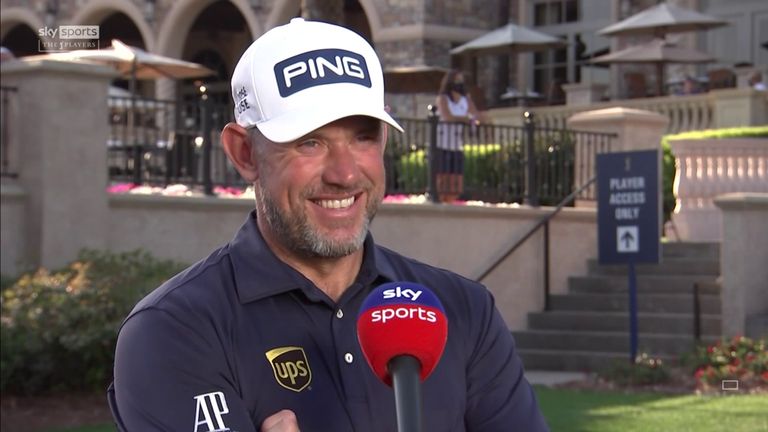 Lee Westwood and Shane Lowry were heading off to Augusta National after completing their final rounds at The Players Championship on Sunday.

Westwood had to settle for another runner-up finish behind Justin Thomas at TPC Sawgrass, as Lowry closed with a 68 for a morale-boosting eighth-place finish.

They will now turn their attentions to The Masters, which starts on April 8, after being invited to play the course at Augusta National on Monday and Tuesday by a couple of members.

Westwood, 47, will be accompanied by his son Sam, 19, who is set to caddie for him at The Masters instead of his regular caddie and fiancee Helen Storey.

"I've got a fun couple of days coming up," said Westwood after finishing a shot behind Thomas. "I'm going to play Augusta with my son Sam. Tomorrow's going to be a good Monday.

"It's the first time he's played there. He's been there with me years ago, but he's caddying for me this year in the Masters itself, so I figure I'm taking him to play 36 holes Monday and Tuesday. Be a good lads-and-dads trip. Looking forward to it."

Westwood and Lowry will then both return to Florida to play in the Honda Classic, which starts on Thursday at the PGA National in Palm Beach Gardens.

"I have a busy week ahead of me," said Lowry. "I'm taking my coach [to Augusta] and we're going to play.

"A couple of members kindly invited us. We're going up there, I'm treating them as maybe a little practice rounds for the Masters, Masters not far away. Then I go back to Palm Beach Tuesday evening, pro-am Wednesday and play the Honda.

"I like the course at the Honda. It's a home game for me now. I live five minutes from the course. So go and play there, and then Match Play, and then I'll have a much-needed week off before the Masters."