"It's just taking away a skill that takes time and practice to be mastered. I think reading greens is a real skill that some people are better at than others, and it just nullifies that" 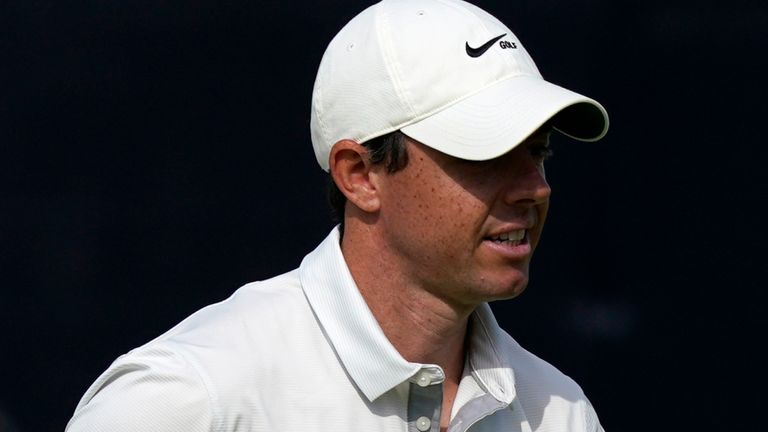 Rory McIlroy wants to see green reading books outlawed from golf and hinted that he'd like to see changes to the regulations for putting as well.

Reports in the United States have suggested that the PGA Tour are preparing to follow the lead of Augusta National and ban players from using the books to help judge the undulations on the greens during tournament play.

McIlroy does make use of the greens books, but he is not overly-reliant on them and would rather see them banned as he feels they have made players "lazy" when it comes to reading the breaks on the putting surfaces.

The issue is believed to have been discussed among the Player Advisory Committee, of which McIlroy is currently chairman, although he was unable to go into too much detail regarding the meeting.

"Everything that's talked about in those meetings is somewhat confidential," said McIlroy ahead of the US Open. "But what I can say, I think, is that I use a greens book, and I'd like to get rid of them.

"I think everyone is in the same boat, most guys on Tour are in the same boat, that if it's going to be available to us and it helps us, people are going to use it, but I think for the greater good of the game, I'd like to see them be outlawed and for them not to be used anymore.

"It's just taking away a skill that takes time and practice to be mastered. I think reading greens is a real skill that some people are better at than others, and it just nullifies that. It nullifies that advantage that people have.

"Honestly, I think it's made everyone lazier. People don't put in the time to prepare the way they used to, and that's why you see so many more players at Augusta, for example, take their time around the greens, hit so many more putts, it's because they have to. It's because there is no greens book at Augusta.

McIlroy also suggested that changes to the rules regarding putting techniques could be reviewed, with the ploy of anchoring the grip to the forearm possibly outlawed - which would force the likes of Bryson DeChambeau and Matt Kuchar to make adjustments.

"That is certainly something that I would like to see addressed, as well, and I think there's a common consensus with the players on that one too," he added. "Look, the game of golf is in a great place. I think we always have these conversations of what we can do to make the game better or grow the game or expand the game.

"I think it's in a pretty good place. Yeah, there's a couple of little things that us golf nerds want changed, whether it be green reading books or arm-lock putting or whatever it is, but from a whole and looking at the game from an entirety of it, I think it's in a really good place."