US Open: Rory McIlroy aiming to ease the pressure on himself with a better start in a major

"I've probably played too carefully, been a little tentative. It's no surprise that if I don't have a great first day, then I'm able to play well the rest of the tournament because that does free you up" 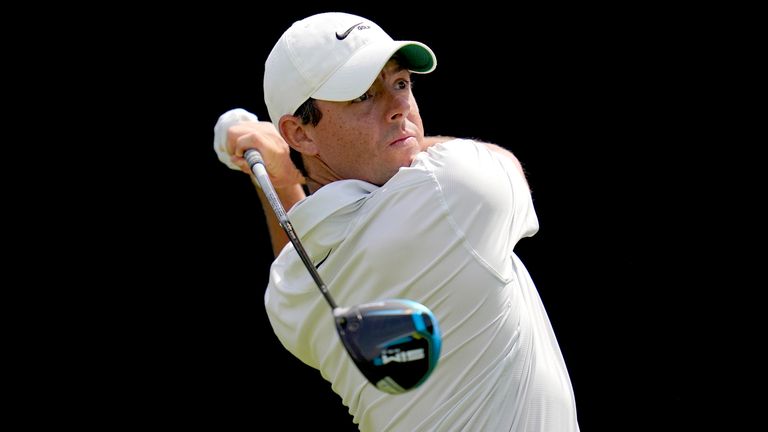 Rory McIlroy is determined to avoid another poor start to a major and feel able to "freewheel" from Thursday, rather than Friday at the US Open.

McIlroy's chances of winning his first major since 2014 were scuppered by disappointing starts at each of the last two Masters as well as last month's PGA Championship, with 75 his best effort in the first round.

The world No 11 also faltered in front of his home fans at Royal Portrush on day one of The 148th Open, firing a woeful 79 which led to him missing the halfway cut despite a brave 65 on Friday, and he admits he needs to find ways to avoid putting too much pressure on himself in the first round of a major.

"I've probably played too carefully, been a little tentative. I think that sort of sums it up," said McIlroy in his pre-tournament press conference at Torrey Pines, before explaining how a change of mindset should benefit his title chances.

"I guess by being indifferent. Not by not caring, but by not putting myself under pressure that I have to care, I guess is the right way to do it," he said. "If I went out and played this golf course any other week, you play free, and it's just the same thing. You just have to be able to swing with that freedom, and that's what I'm trying to get back to.

"There's no surprise that if I don't have a great first day, then I'm able to play well the rest of the tournament because that does free you up. It's like, okay, well, the bad one's out of the way, and now I can just sort of freewheel. It's just a matter of freewheeling from the Thursday and not the Friday."

McIlroy did begin last year's US Open with an encouraging 67 at Winged Foot, only to undo that work with a second-round 76 as Bryson DeChambeau powered to a six-shot victory with his "bomb and gouge" strategy.

But McIlroy does not expect a repeat performance of those tactics on the South Course at Torrey Pines, however, the course is set up by the USGA, and although he admits a layout cannot be set up to suit the entire field, he does not want to see "progressive rough" that has been discussed to combat DeChambeau's game.

"Winged Foot is such a different animal to here," McIlroy added. "You had so many more openings into the greens at Winged Foot, for example, and the way those fairways were running, you could land it 30, 40 yards short and have it trundle up onto the putting surface.

"For example, I felt like the changes that Jack made to Memorial a couple of weeks ago, it took driver out of my hand a lot. Selfishly, I didn't like that because it makes it hard if I'm having to hit three-wood that goes 290, and the guys that I'm probably 20 yards longer than off the tee are hitting drivers, and all of a sudden they are 15 yards ahead of me.

"Where's the balance? I don't know, it's a very -- you're not going to be able to set the golf course up completely fairly for every single type of player. There's going to be golf courses that suit other players more than someone else, and I think that's just the way it is."

The manner of DeChambeau's victory at Winged Foot prompted McIlroy to have speed training sessions that damaged his swing, which has been under reconstruction in recent months under the watchful eye of renowned swing coach Pete Cowen.

McIlroy claimed his first win for 18 months at the Wells Fargo Championship but then drove the ball poorly at Kiawah Island, where his inability to take advantage of the par-fives cost him the chance to contend for a third PGA Championship title.

"At Augusta, I was still in the middle of a transition of stuck in between what I was trying to do in my swing, and it wasn't a great week," he said. "And at Kiawah, I felt like I went into the week playing pretty well but I struggled with the left-to-right winds there, even from the first tee shot on Thursday, hitting it into the water on 10.

"But I won a tournament four or five weeks ago, so it's there. And I felt like I played better at Memorial than I did at Quail Hollow. I finished 18th at Memorial and I won Quail Hollow. It's golf at the end of the day and sometimes it's just unpredictable.

"I'm feeling good about where my game is. As I said at the very start, it's about going out there and playing as free as I can and having that mentality that I had as a 22-year-old and just trying to get into that mindset."