"There's no questioning Rory's talent. I think he's one of the most, if not the most, naturally gifted player in the world, so it's only a matter of time before he starts winning again." 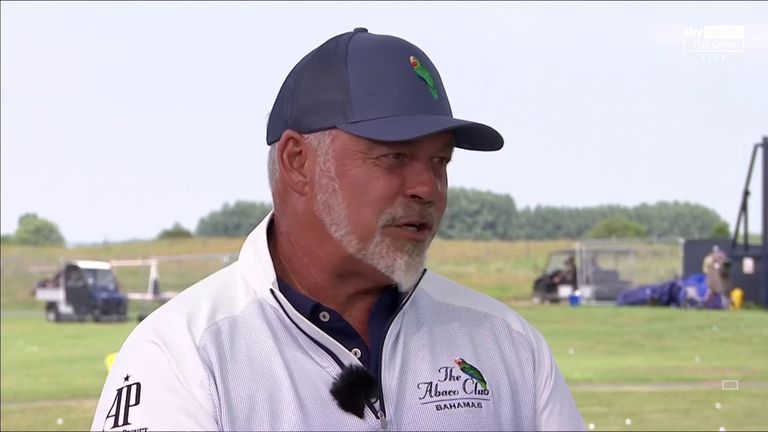 Darren Clarke believes it is "only a matter of time" before Rory McIlroy ends his seven-year major drought, and that time could be this week at The 149th Open.

McIlroy spoke earlier this week of his desire to emulate Clarke's memorable Open triumph at Royal St George's 10 years ago, when the elder of the two Northern Irishmen landed his maiden major a few weeks before his 43rd birthday.

The compatriots enjoyed a practice round together on Wednesday morning, as they did ahead of Clarke's victory in 2011, and the now 52-year-old predicted the hard work McIlroy has put in off the course, particularly with swing coach Pete Cowen and sports psychologist Bob Rotella, will soon begin to pay dividends.

"Any time you get a chance to play with Rory, I really enjoy it," said Clarke, whose Open win was the last of his career on the main Tours, although he has had two victories on the PGA Tour Champions since joining the Senior ranks.

"I've known Rory since he's been a very young kid coming through my foundation, playing with him and stuff, and then to see him develop into the man he's become and the golfer he's become has been wonderful.

"So when you get an opportunity to play with him - and we did the same thing 10 years ago here on the Wednesday morning, and we did it again today - it's great to get out there and spend a bit of time with him.

"He's working away on things, and as you say, it's been a while since he's won one, but he's unquestionably got the talent to win many more of them. It's just a case of, I think, things kicking into place for him. I know he's working diligently and doing a lot of work with Pete to try and hit the ball the way he wants to hit the golf ball.

"This week there's going to be a premium on keeping it on the fairways, as you can see out there. That long stuff is really long and thick this week. We'll see. He's working really hard. He hit some great shots today, hit a couple of maybe ones he didn't want to hit, but that's part of working on it.

"Today is the day to do it. Today maybe you'll hit a driver that you won't hit tomorrow or over the weekend, so I think he was doing that today, as well. We'll see. There's no questioning his talent. I think he's one of the most, if not the most, naturally gifted player in the world, so it's only a matter of time before he starts winning again."

Clarke credited Rotella for his role in "clearing my head" during preparation for The Open at Sandwich 10 years ago, and he thinks the renowned psychologist could have a similar, positive impact on McIlroy's performance this week.

"But it's the mentally strong are the ones that usually come out on top at the end of the week. If you have the right mindset then you allow yourself to perform, and I think Rory has been working really hard on that aspect, as well." 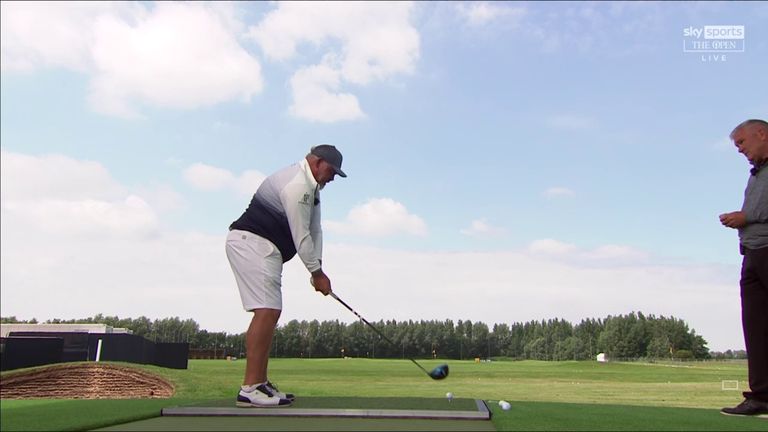 McIlroy has been accused by some of lacking the necessary desire to add to his collection of four majors, the most recent of which came in 2014, but Clarke is adamant that the 32-year-old's drive and ambition is stronger than ever.

"Believe me, I spoke to Rory many times when we were playing, and his desire is incredible," he said. "He wants to win major tournaments. He wants to perform and he wants to play well. If I was him, with his amount of talent, hell yeah I'd be frustrated with not winning tournaments.

"But with that being said, as I just said there now, the flipside of that is because the talent that he does have, it's only a question of time before he starts winning."