Stephen Dodd held off Miguel Angel Jimenez, Darren Clarke and Bernhard Langer to win the Senior Open and a maiden senior major title at Sunningdale; Welshman ended the week on 13 under after a final-round 68 on Sunday 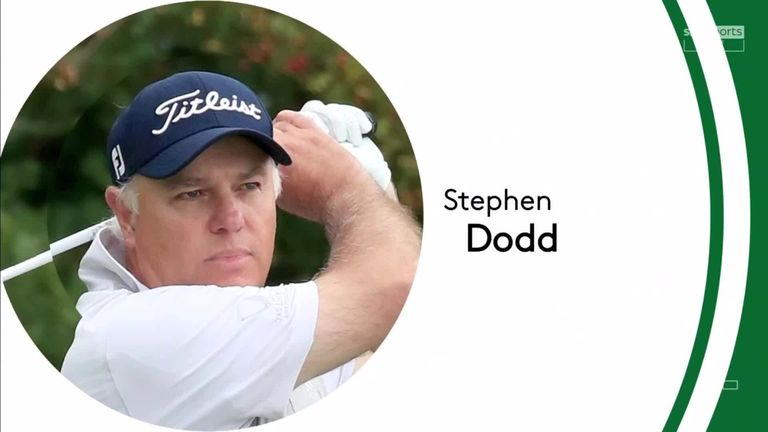 Stephen Dodd held off the challenge from several golfing greats to secure his maiden senior major title at the Senior Open presented by Rolex.

The Welshman birdied his final hole to post a two-under 68 on Sunningdale's Old Course and end the week on 13 under, a shot clear of Miguel Angel Jimenez.

"I was in control of them [emotions], I just wasn't control the ball which is a big problem," Dodd said. "It was a bit of a battle out there, but luckily I gave myself a few chances.

"I didn't know what sort of game I was going to wake up to. Today wasn't a great one, so it was a challenge today, and I scrambled my way around because I hit a lot of bad shots today."

Starting the day two ahead after carding a major record-equalling 62 on Saturday, Dodd got up and down from off the opening green to make an early birdie and then holed a 20-footer to save par at the seventh.

Dodd bounced back from a dropped shot at the eighth to drive the green at the par-four next and splash out of the sand to five feet, setting up a two-putt birdie, before responding to a bogey at the 13th by picking up another shot at the par-five 14th after narrowly missing the target with his eagle putt.

Jimenez - playing in the group ahead - had made a late charge up the leaderboard with birdies at the 12th, 14th and 17th to move alongside Dodd, only to par the last and set the clubhouse target at 12 under.

Clarke held a share of the lead at various points during the final day until he was derailed by a bogey at the 16th, while Dodd knocked his approach from the wet rough at the 18th to 10 feet and rolled in the birdie to secure a career-changing victory.

Langer bogeyed his penultimate hole to end the week on nine under, with American Jerry Kelly - playing in the final group - slipping into sixth spot after dropping three shots over his final two holes to card a two-over 72.