A bogey-free 66 was enough for Cameron Champ to win the 3M Open ahead of Louis Oosthuizen, Charl Schwartzel and Jhonattan Vegas in Minneapolis; Victory secures Champ a place in the FedExCup play-offs next month 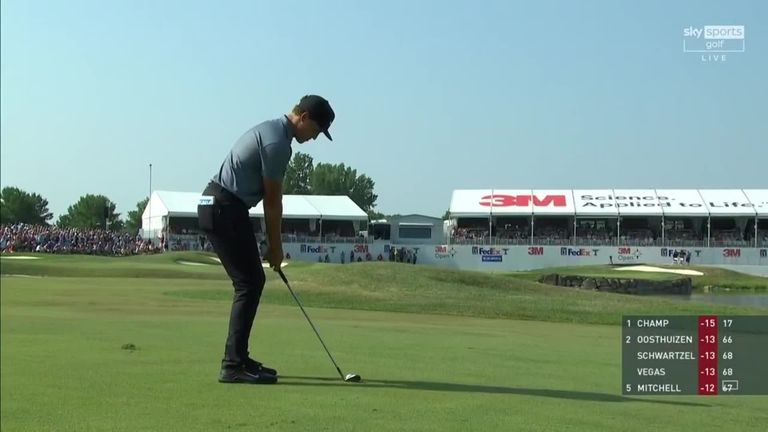 Cameron Champ secured a third PGA Tour title with an impressive two-stroke victory at the 3M Open in Minneapolis.

The 26-year-old carded a blemish-free 66 on the final day to end the week on 15 under and pull clear of a congested leaderboard at TPC Twin Cities.

Louis Oosthuizen - the 54-hole leader at The Open - finished tied-second alongside compatriot Charl Schwartzel and Jhonattan Vegas, with Keith Mitchell three strokes back in fifth after a bogey-free 67.

"Coming down the stretch I felt very calm, very relaxed and kind of in my zone," Champ said. "Obviously 18 made it a little interesting. I felt like I hit a great second shot from where that lie was, and obviously hit a great approach there and made the putt."

Champ - starting three behind - holed a 20-foot birdie at the first and rolled in from 12 feet to save par at the third, before firing his tee-shot at the par-three fourth to tap-in range and pick up a shot. 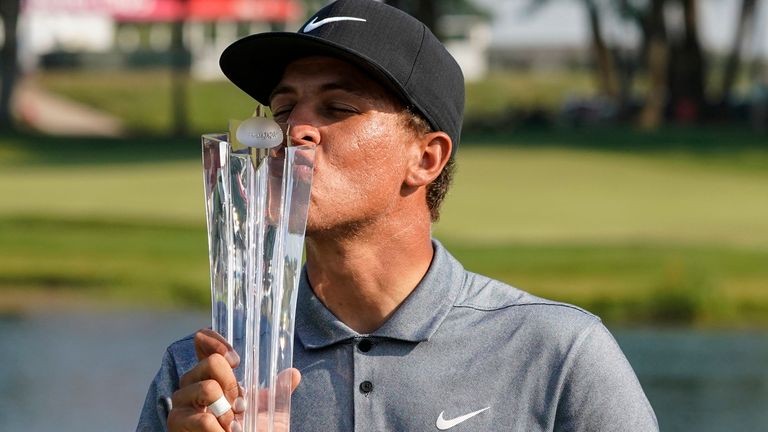 The American converted a 10-foot gain at the eighth and made another from a similar distance at the 11th, with the long-hitter splashing out of the sand to 15 feet at the driveable 16th and posting a fifth birdie of the day.

The world No 119, without a worldwide top-10 in 2021, then went wayward off the tee at the par-five last and took three shots to reach the fairway, where he nailed a wedge to within three feet and made the putt to complete his latest victory.

Oosthuizen birdied three of his last four holes to sign for a final-round 66 and end the week on 13 under, with Vegas also on that number after missing his eagle try at the par-five last and Schwartzel completing the trio in second following a second successive 68.

Adam Hadwin was among the group of five players in tied-sixth, while Gary Woodland bogeyed the par-five last to drop into a share of 11th with Brandt Snedeker, Jimmy Walker, Pat Perez and Chez Reavie.

Overnight leader Cameron Tringale slipped out contention with a three-putt triple-bogey at the 13th and another dropped shot at the 16th, seeing him post a final-round 74, while Patrick Reed and first-round co-leader Rickie Fowler finished nine off the pace on six under.