Masters champion Hideki Matsuyama continued to delight his home fans as he fired a 68 in tough conditions to claim the halfway lead at the Zozo Championship, while Matt Wallace is just two behind after three late birdies 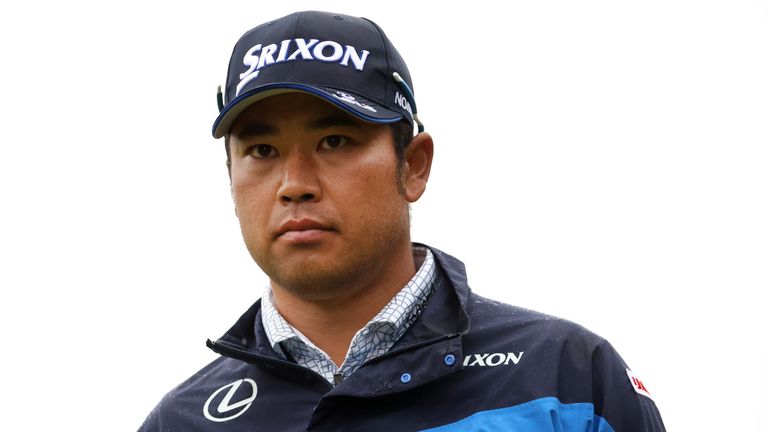 Hideki Matsuyama will take a one-shot lead into the weekend of the Zozo Championship as Matt Wallace enjoyed a big finish to the second day in Japan.

Matsuyama had to grind hard in the cool and wet conditions at Narashino Country Club, and his two-under 68 was enough to install him as outright leader on eight under, just ahead of Cameron Tringale.

Wallace is nicely placed on six under, while fellow Englishman Tommy Fleetwood is also firmly in contention after he returned a 68 that bolstered his chances of landing a first victory in almost two years.

But the vast majority of the focus will be, understandably, on Matsuyama over the weekend after he produced a workmanlike performance in the tricky conditions on day two, carding three bogeys while dropping his only shot of the tournament at the 17th - his eighth.

"It wasn't a perfect round, but I played well and I'm happy with it," said the Masters champion. "It's not often that we play in rain and cold at the same time, but I'm happy with the round and it was a good day.

"I'm in a good position, so I'm looking forward to the weekend and will do my best."

Tringale made five birdies as he matched the low round of the day with a 66, with Wallace roaring back into the running when he birdied each of the last three holes to scramble a sub-par round that had looked unlikely when he bogeyed the long 14th to slip to two over on the day.

"I'm very pleased, it was a tough day," said Wallace, who has tumbled to 73rd in the world rankings after a winless three seasons. "It was difficult to really gauge how far the ball was going to go. It was cold, wet, greens are soft and a bit slower. It was just a tough day, but the finish was really important and it was nice."

Wallace highlighted the importance of embracing the difficult conditions rather than being intimidated by the elements, and he was able to draw on his experience of playing in similar weather in his homeland.

"But the rest of it was nice and solid and kept the score going until the end there. I waited for that and it rewarded me."

Fleetwood made his fourth birdie of the round at the last to jump into a share of fifth with Joaquin Niemann, while former Ryder Cup star Alex Noren is just one stroke further behind after he also handed in a 68.

World No 3 Collin Morikawa (68) is seven shots off the pace, while Olympic champion Xander Schauffele's hopes of landing a Japan double were scuppered by a woeful start to his second round.

Schauffele opened with a double-bogey six at the 10th and dropped shots at three of the next four holes, although he did manage to play the remainder in one under to limit the damage to a 74 that leaves him 12 shots behind Matsuyama.