The Norwegian, who successfully defended his Mayakoba Classic title on his last start, bogeyed the last two holes to finish 18 under par and a shot ahead of American Scottie Scheffler 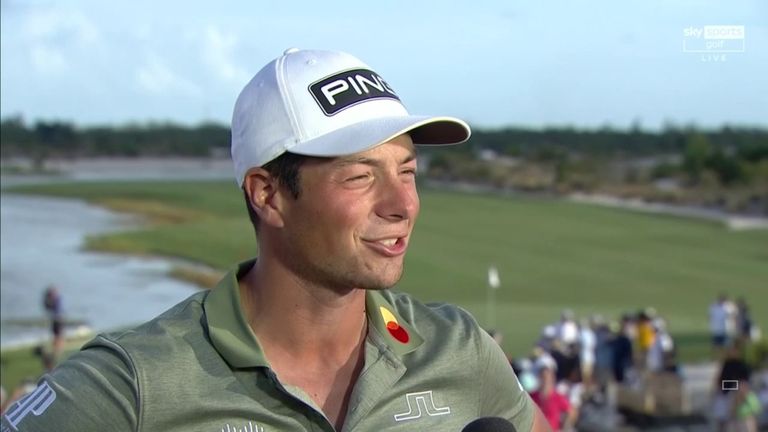 Viktor Hovland admitted he had few thoughts about a possible Hero World Challenge victory before he overturned a six-shot deficit to claim a dramatic win in the Bahamas.

Hovland fired a six-under 66 to claim a one-shot victory at the Albany, despite bogeying his final two holes, having pulled clear of the field with back-to-back eagles on his back nine.

Collin Morikawa started the day five ahead and was firm favourite to claim the victory required to move to world No 1, although a final-round 76 allowed Hovland to take advantage and claim a second win in as many starts.

"When I first teed off and obviously got off to just making a few pars early on, I didn't really think winning was even in question," Hovland admitted after his victory.

"After I made three birdies in a row at the end of the front nine and I got to No 9, I was in the greenside bunker and I looked up at the leaderboard and I saw I was tied for the lead. That's when I knew that, okay, if I play really well on the back nine, I've got a chance. 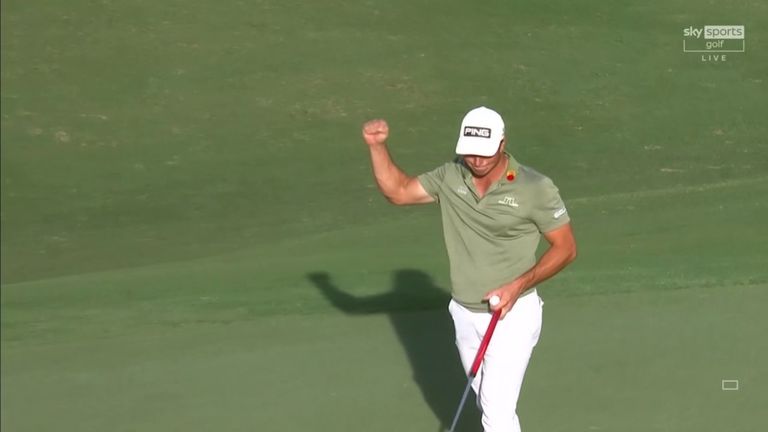 "There's only 20 guys in the field, but the players here are really good and I feel like my wins have come when the field hasn't been as strong. For me to do well in a field like this gives me a lot of confidence."

Hovland finished a shot clear of Scottie Scheffler, who recovered from a triple-bogey at the par-four fourth to post eight birdies in an 11-hole stretch to also card a final-round 66.

"I felt like I played pretty well," Scheffler said. "I had really struggled with my putting pretty much the whole week until maybe the back nine yesterday, where I made a few putts.

"Outside of that, the first two days I putted so bad, so today just to see a few go in and kind of get going was nice. I felt like I gave myself a chance there at the end and I'm pleased with that."