Sam Burns began the final day seven shots off the pace at Colonial Country Club, but stormed back to force a play-off against Scottie Scheffler and triumph with a 38-yard putt for birdie - his third victory of the PGA Tour season. 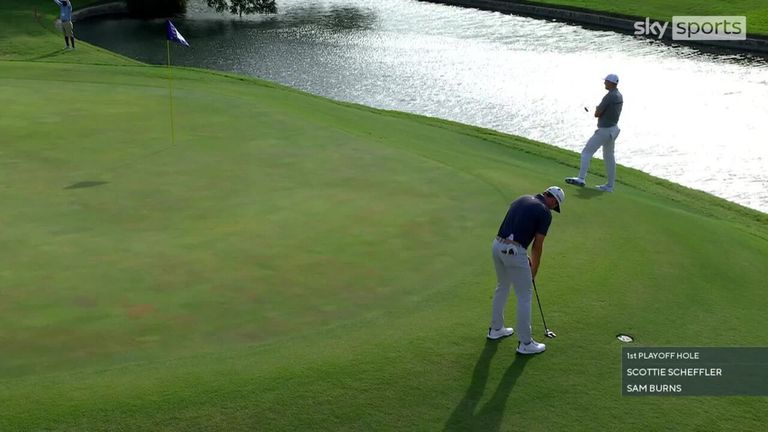 Sam Burns sank a 38-foot birdie putt on the first play-off hole to stun world No 1 Scottie Scheffler and win the Charles Schwab Challenge in Fort Worth, Texas.

The pair replayed the par-4 18th at Colonial Country Club and, having putted from the first cut of rough, Burns read the long double-breaker to perfection.

Scheffler could not match it with a long birdie putt of his own, giving the 25-year-old an improbable victory - his third of the PGA Tour season to lift him to second place in the FedEx Cup standings.

Burns recovered a seven-shot deficit from the start of play - equalling the largest any player has overcome to win at the Texas venue - and denied Scheffler what would have been a fifth victory in his past 10 appearances.

"When you start the day seven back, I knew Scottie was at 11 under," said Burns. "I mean, the way that guy is playing right now, who would have ever thought that you'd have a chance seven back? 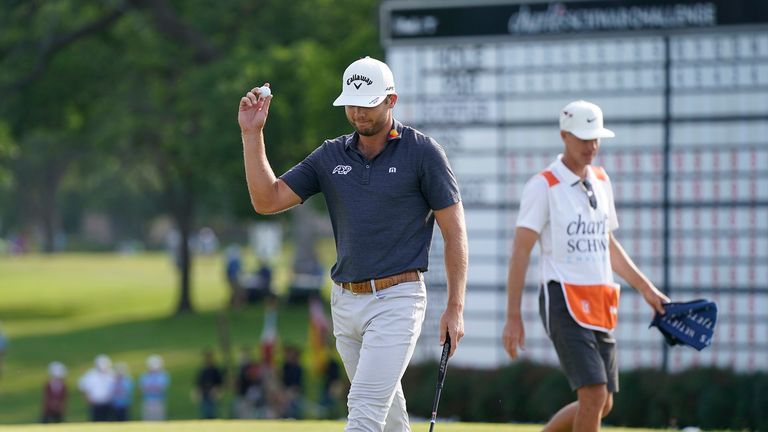 "I just played such a good round of golf today and [caddie] Travis Perkins did a great job all day just keeping us in it. I'm proud of the way we finished, and then to make that putt is just icing on the cake."

Burns posted a five-under-par 65 to finish on 271, nine under, while Scheffler was one of five players tied for the lead at one stage with his rival already in the clubhouse.

The world no 1, who had held at least a share of the lead after each of the first three rounds, shot a two-over 72 with two bogeys and no birdies - his crucial up-and-down from a greenside bunker at the last saving par and ensuring the play-off.

Brendon Todd, playing in the final pairing with Scheffler, bogeyed the 10th and 11th and carded a one-over 71.

PGA Tour rookie Davis Riley held the outright lead at 11 under after making three straight birdies, but he lipped out a four-foot par putt at the 13th and lost his next tee shot, leading to a double bogey six at the next.

Harold Varner III had been tied with Scheffler, Todd, Riley and Stallings at 10 under before his hopes were wiped out by a back-nine implosion.

Varner four-putted for triple bogey at the 12th, twice missing putts inside four feet and his tee shot at the next hole, the par-three 13th, found the water.

Finishing with two double bogeys and another triple bogey for a back-nine 45, he eventually shot a 78 and slid to joint 27th at even par.