Henrik Stenson, a five-time Ryder Cup player, has been heavily linked with the LIV Golf Invitational Series since its launch earlier this year; despite rumours Tommy Fleetwood is not joining LIV; next event is due to take place in New Jersey from July 29-31

Henrik Stenson is expected to be imminently stripped of his Ryder Cup captaincy, with the Swede poised to join the Saudi-backed LIV Golf Invitational Series.

The 2016 Champion Golfer of the Year, who is set to lead Team Europe in next September's edition of the biennial contest, has been regularly linked with the Greg Norman-fronted tour.

Stenson told reporters that his schedule for the remainder of the year was "undecided" after missing the cut on Friday at The Open in St Andrews.

The 46-year-old now set to commit to the breakaway circuit.

Stenson, a five-time Ryder Cup player, was announced as Team Europe's captain in March, with Zach Johnson to lead Team USA in Italy next year.

Johnson has already confirmed that LIV Golf players will not be eligible for US Ryder Cup qualification.

Could Smith be latest major winner to join? 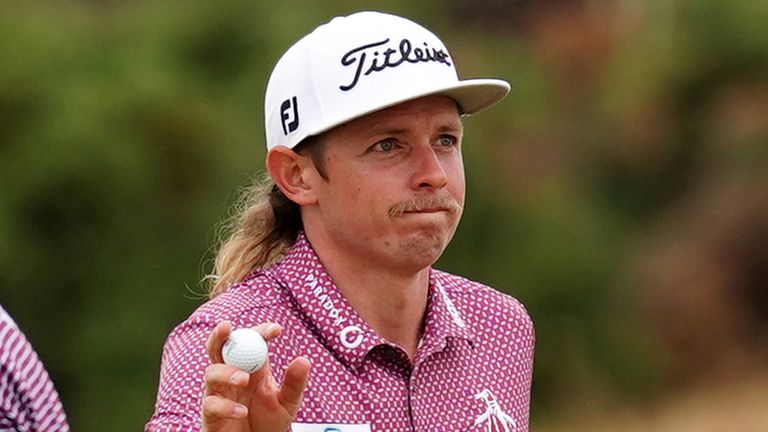 New Champion Golfer of the Year Cameron Smith has previously been rumoured to be considering the breakaway circuit, with the Australian refusing to deny speculation about his golfing future in the media conference after his one-shot victory at St Andrews.

When asked about joining LIV Golf immediately after his win at The Open, Smith said: "I just won the British Open, and you're asking about that. I think that's pretty not that good. 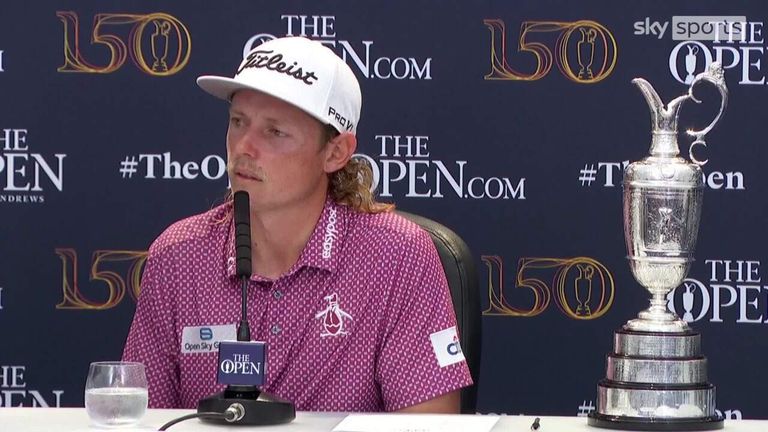 Smith, who is now exempt in all four majors until 2027, added: "I don't know, mate. My team around me worries about all that stuff. I'm here to win golf tournaments."

Cameron Smith is not the only named being linked with a move to LIV Golf. Tommy Fleetwood, Hideki Matsuyama, Marc Leishman and Bubba Watson are all reportedly in discussions to join the break-away league.

However, Sky Sports News have spoken to Fleetwood. He has insisted reports of his defection are untrue.

Players who joined the circuit are suspended indefinitely by the PGA Tour, while the DP World Tour issued £100,000 fines for those competing in the opening event of the inaugural season. This leaves limited playing opportunities for LIV Golf members outside their own events.

The lack of world rankings points currently on offer on the Greg Norman-fronted tour means players are in danger of quickly falling down the standing. Therefore, it will jeopardise potential eligibility of playing in majors going forward for those not already holding an exemption. Paul Casey has confirmed those involved are considering other options.

"There's talk about guys sort of playing a couple [of Asian Tour events]," Casey said after his final round at The Open.

"I don't even know the schedule. I'm sorry, whether they go play something before Bangkok to get ready, or the break in August.

"Do they go play to be a bit sharper? There's a lot of discussion, a lot of WhatsApp chat group feeds going around. I'm not part of most of them. I think the discussion was if guys turn up en masse, then it lifts the world ranking points. So if they're going to go play an Asian Tour, they all go together, '' he added.

What next for the LIV Golf Invitational Series?

Trump National Golf Club Bedminster hosts the next event from July 29-31. A further tournament takes place in Boston from September 2-4 - the week after the PGA Tour's season-ending Tour Championship.

Rich Harvest Farms in Chicago is the venue for the fifth event, taking place from September 16-18. Stonehill Golf Club in Bangkok is the venue from October 7-9 and Royal Greens Golf Club - the site of the Saudi International in recent years - hosts the following week.

The season-ending Team Championship will be held at Trump National Doral Miami from October 27-30. LIV Golf then plans to have 10 events in its 2023 calendar before expanding to 14 tournaments from 2024. Dates and locations for those have not yet been confirmed.