Talor Gooch, Matt Jones and Hudson Swafford were challenging the ruling from the PGA Tour that players ranked inside the top 125 who have joined LIV Golf will not be allowed to compete in this year's FedExCup Playoffs; Cameron Smith refuses to speculate about his future despite links

Three golfers who joined the Saudi-backed LIV Golf Series will not be able to play in the PGA Tour's season-ending FedEx Cup Playoffs after losing their case for a temporary restraining order.

US District Judge Beth Labson Freeman heard the case and ruled in favour of the PGA Tour, which had filed a motion in Federal Court to bar three suspended members of the LIV Golf Invitational Series from participating in the FedEx Cup Playoffs.

Freeman said she did not consider Talor Gooch, Matt Jones and Hudson Swafford faced irreparable harm because of the big money they were guaranteed by joining LIV, a key issue in the case.

"There simply is no irreparable harm in this case," PGA Tour attorney Elliot Peters said.

The three suspended golfers claimed they should be able to play where they want to, each saying in letters last month to the PGA Tour, "I am a free agent and independent contractor".

They are among 10 players who filed an antitrust lawsuit against the PGA Tour last week, including Phil Mickelson.

Robert Walters, an antitrust litigator representing the golfers, noted this would be their opportunity on a big play-off stage, effectively the Super Bowl of golf because of its significant income opportunities. 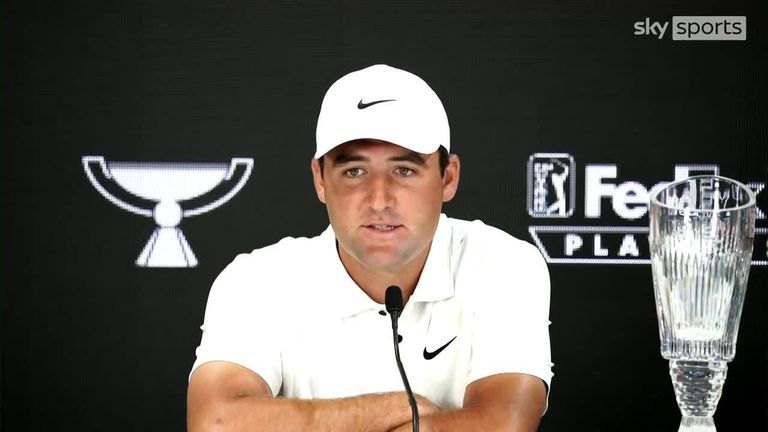 Freeman responded the LIV Golf earnings potential was also great and asked whether players might have been able to wait until the conclusion of the PGA Tour season to depart for the new tour.

Walters argued there were only 48 spots and they would have filled up according to LIV Golf CEO Greg Norman, to which Freeman said she agreed with that stance but that the golfers stood to gain far more financially joining LIV than the money they might have earned on the PGA Tour.

"This is an extraordinarily attractive financial opportunity but it's much more than that," Walters said, adding the harm done is that players lose intangible benefits such as qualifications for the major tournaments as well as other marquee invitationals.

"This is the holy grail because everybody wants to compete in and prevail in major championships, but it's not just the majors," Walters said. He noted the PGA Tour inferred these golfers would put a taint or stench on the tour's image by playing, perhaps even wearing LIV Tour gear in PGA Tour tournaments.

"We're disappointed that Talor Gooch, Hudson Swafford and Matt Jones won't be allowed to play golf," LIV said in a statement. "No one gains by banning golfers from playing."

The first of three FedExCup Playoff events begins on Thursday. Two tournaments offer $15m prize funds, and the player who wins the FedExCup at East Lake in Atlanta gets $18m - thus the urgency for Freeman to rule.

This case could go to trial next year, with the possibility of an injunction hearing in late September or early October, according to Peters.

Peters said lifting the suspensions of the golfers and allowing them to play would change the status quo for the PGA Tour and give them a fabulous platform to promote the LIV Tour while competing in a PGA event.

"I think it's a huge problem," Peters said. "The Commissioner needs the ability to protect the Tour. This is a very dire situation for the Tour."

Gooch (No 20), Jones (No 65) and Swafford (No 67) are among nine players who have joined LIV Golf and finished the regular season among the top 125 in the FedEx Cup standings. The other six who joined LIV Golf are not asking to play in the Tour's post-season.

PGA Tour Commissioner Jay Monahan issued a memo to members that included: "With today's news, our players, fans and partners can now focus on what really matters over the next three weeks: the best players in the world competing in the FedExCup Playoffs, capping off an incredibly compelling season with the crowning of the FedExCup champion at the Tour Championship."

Smith coy on LIV reports: 'You'll hear news from me'

Cameron Smith says any news about his future on the PGA Tour or joining the LIV Golf Series will only come from him and he insists he is fully focused on the FedExCup Playoffs. 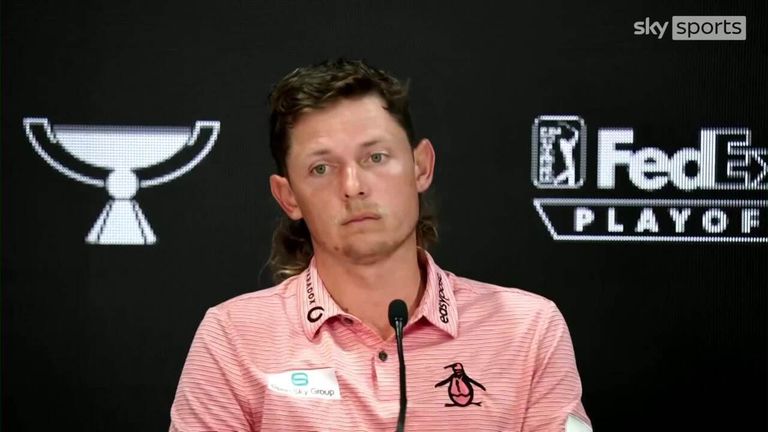 The reports came hours after Cameron Percy of Australia said in an interview Smith and another fellow Australian, Marc Leishman, already have signed deals to exit the PGA Tour.

"If there's something I need to say regarding the PGA Tour or LIV, it will come from Cameron Smith and not Cameron Percy," Smith said. "I'm a man of my word and whenever you guys need to know anything, it will be said by me."

Smith's plan is reportedly to finish out the PGA Tour season - where he has a real chance to win the FedExCup and the $18m prize that comes with it - before he joins LIV for its next tournament in Boston in early September.

When asked if he would give a direct 'yes or no' regarding the report that he has signed and is going, Smith remained closed.

"I have no comment to that," Smith said. "Like I said, I'm here to play the FedExCup Playoffs, that's been my focus for the last week and a half.

"That's what I'm here to do, I'm here to win the FedExCup Playoffs. Like I said, it will come from me it won't come from Cameron Percy."

Former Masters winner and LIV golfer Patrick Reed suggested players have moved to LIV because they "believe in the product" and are still more than able to "hold their own" against those on the PGA Tour. 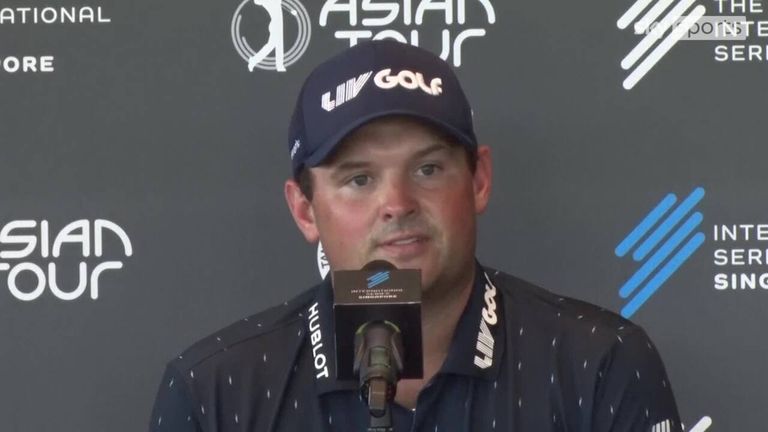 "I'm ready for the LIV golfers to go ahead and play against guys on the PGA Tour. I'm pretty sure we can hold our own," he said.

"I've played now two LIV golf events, and I can tell you this much, the guys that are out there, doesn't matter what the dollar amount is, to be honest with you, the players were kind of sick and tired to hear about that.

"At the end of the day when you're going out there, when it's more than just for yourself, that you're part of a team, and we're all motivated to win trophies.

"There's a reason why these top players, all these great golfers are coming over, because they believe in the product, they know it's the right thing."