Wyndham Championship: Justin Rose among golfers to miss out on place in the FedExCup Playoffs

Roger Sloan, Scott Piercy and Chesson Hadley all break into the top-125 in the FedExCup standings at the Wyndham Championship; Justin Rose narrowly misses out on securing a spot in the season-ending Playoffs 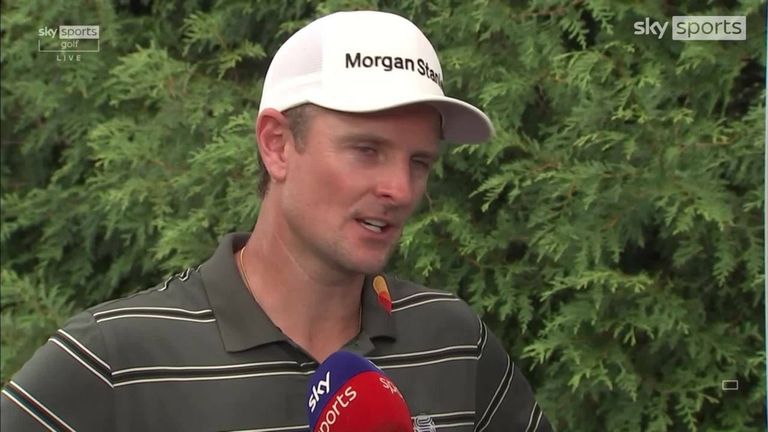 Justin Rose failed to qualify for the FedExCup Playoffs for the first time in his PGA Tour career after a disappointing finish at the Wyndham Championship.

The former world No 1, who won the FedExCup in 2018, started the week in 138th spot and in need of a top-10 finish at Sedgefield Country Club to have any chance of breaking into the top-125 and extending his season.

Rose briefly held a share of the lead during the final round in North Carolina after following two birdies in his first three holes by holing a 35-foot eagle at the fifth, before the Englishman cancelled out a three-putt bogey from the fringe at the seventh by nailing a 40-footer at the 10th.

The 41-year-old added a tap-in gain at the 13th to bolster his hopes of registering an 11th PGA Tour title, only for him to drop a shot at the next and then miss a five-footer to save par at the last.

Rose was still inside the projected top-125 when he completed his final-round 67, only for Chesson Hadley - who made a hole-in-one at the par-three 16th - to birdie his final hole to close a round-of-the-day 62 and leapfrog him into the 125th spot.

"For the most part, done what I needed to do this week and just had a disappointing finish there," Rose said. "I wasn't really playing for top-125 for most of the day, I was playing to try to win the golf tournament.

"It's hard to know exactly what you need to do out there, but you know each shot's important. I had some good putts, some good looks coming in. Slightly surprised when I saw 15 under was tied for the lead there on 18, which is sort of even more gut-wrenching really to finish 13.

Hadley's finish saw him claim a share of 15th and made him one of three players to move inside the top-125 and qualify for next week's Northern Trust, the first event of the FedExCup Playoffs, with Scott Piercy and Roger Sloan the other two to make big moves in the standings. 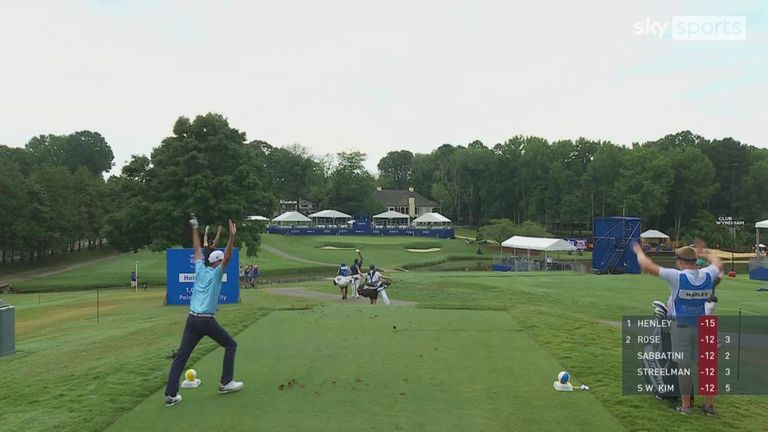 Sloan was part of the six-man play-off won by Kevin Kisner and had to settle for a share of second, taking him to 92nd spot, while a tied-15th finish lifted Piercy from 126th to 116th place.

Patrick Rodgers, Ryan Armour and Bo Hoag all dropped out of the top-125 after missing the cut in the final regular event of the season, with Rickie Fowler also making an early exit to see him fail to reach the Playoffs for the first time since 2009.

Olympic silver medallist Rory Sabbatini's tied-10th finish only lifted him to 133rd place, while Tommy Fleetwood will miss the Playoffs for the first time in his PGA Tour career after a share of 65th dropped him down to 137th spot.

Only the top-70 players in the standings after the Northern Trust progress into the BMW Championship, with the field cut to 30 players for the season-ending Tour Championship at East Lake.