Davis Thompson tied the PGA Tour record for the most eagles in a 72-hole tournament to stay two ahead of Jon Rahm; Tom Kim among five players sharing third - watch the third round live on Saturday from 8pm on Sky Sports Golf 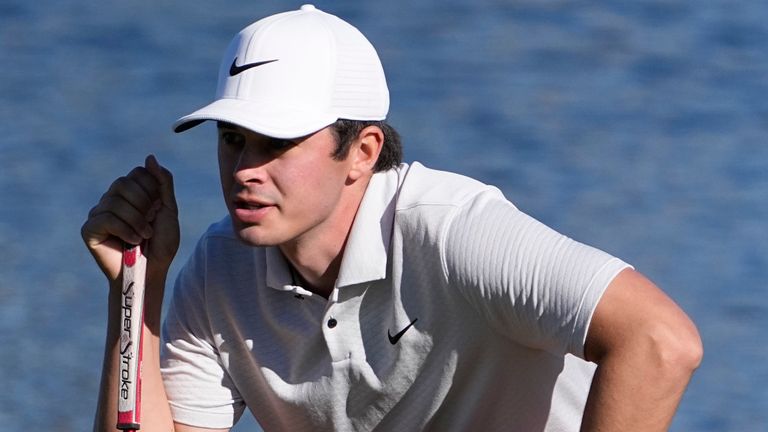 Davis Thompson went on a brilliant eagle spree and equalled a PGA Tour record to retain a two-shot lead at the halfway stage of The American Express in California.

Thompson carded three eagles and mixed four birdies with two birdies on his way to an eight-under 64 at the PGA West Nicklaus Tournament Course, one of three courses in the event, taking the American to 18 under and two clear of Jon Rahm.

The world No 169 also posted back-to-back eagles during his first round at La Quinta Country Club, with Thompson becoming just the seventh player in history to register five eagles in a 72-hole PGA Tour event and equalling the record with two rounds to spare.

"Yeah, that's pretty cool, I didn't know," Thompson said of tying the eagle record. "I kind of thought about that a little bit after I made the (eagle) putt on the seventh. But yeah, those are always nice."

Thompson made a 20-foot eagle at the par-five 11th and took advantage of the par-five 15th before following bogeys at the 16th and first by playing a five-hole stretch in seven under from the third.

A birdie at the par-three third and back-to-back birdies from the fifth were surrounded by eagles at the fourth and seventh, with a second-nine 30 keeping him top of the leaderboard ahead of playing the Stadium Course on Saturday. 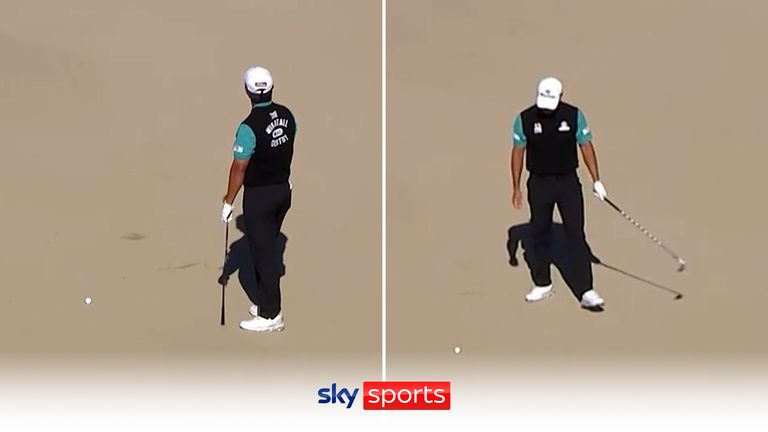 Rahm matched Thompson with a 64 on Friday at the Nicklaus Course and did so without an eagle, making eight birdies - including three in a row from the 14th - during a bogey-free round.

"I've done a lot of good things around all the golf courses here and I've posted good scores, said Rahm, who is looking to add to his victory earlier this month at the Sentry Tournament of Champions. "So obviously my level of comfortability is very high."

The group at 13 under includes South Korea's Tom Kim, who fired a round-of-the-day 62 on the Nicklaus Course, with Sungjae Im, Jason Day, Tyler Duncan and J.T Poston also five off the pace.

Patton Kizzirie was alone in eighth place at 12 under, with Xander Schauffele, England's Justin Rose and defending Masters champion Scottie Scheffler among those in tied-ninth on 11 under.

"I think I'm where I want to be, just need to touch up on a few things," said Schauffele, who had an eagle, four birdies and two bogeys in a second-round 68. "I haven't practiced as much due to the little (recent back injury). Happy with where I'm at and just need to clean up a few things."

Watch The American Express throughout the week live on Sky Sports. Live coverage continues on Saturday from 8pm on Sky Sports Golf.