Sungjae Im, Keith Mitchell and Sung Kang have qualified for The 148th Open at Royal Portrush after securing their places at the Arnold Palmer Invitational.

The trio secured the three available spots on offer via the PGA Tour tournament - part of The Open Qualifying Series for the first time - after they were best placed finishers of the players yet to qualify.

2018 Open champion Francesco Molinari won the event at Bay Hill after a fantastic final round eight-under 64, while second-placed Matthew Fitzpatrick was also exempt for the final major of the season from July 14-21. 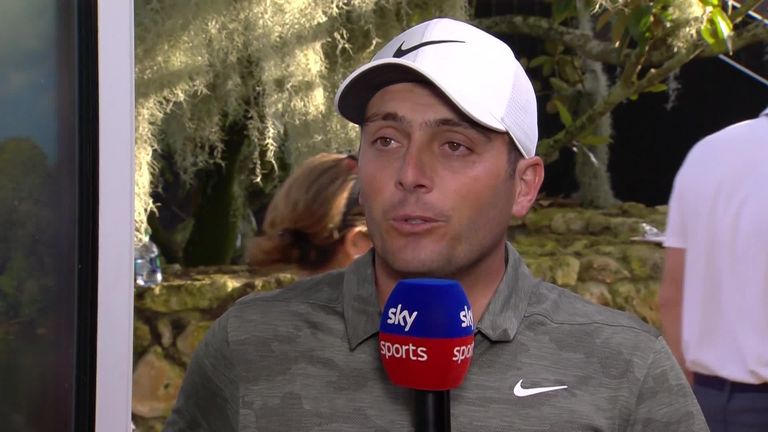 Im will make his first appearance at The Open after the Korean carded a closing 68 in Florida to finish in a tie for third place with a nine-under-par total, alongside Rafa Cabrera Bello and Tommy Fleetwood, who were already exempt.

He said: "I'm so happy to have got one of the spots for The Open. I really enjoyed playing in the US Open and the PGA Championship last year and now I get to play in The Open, which is great.

"I've never played in the UK before, I've only seen golf played there on television. It is going to be my first experience of links golf and I am really looking forward to it."

Win tickets for The 148th Open

Tourism Ireland is offering you the chance to win tickets for The 148th Open, Royal Portrush.

Mitchell, who won the Honda Classic for his maiden PGA Tour title last week, and Kang will also feature in Northern Ireland after finishing in a tie for sixth place on an eight-under-par alongside the already exempt pair Rory McIlroy and Matt Wallace.

Mitchell said of his qualification: "It's amazing. It's a championship I grew up watching and I love the courses and the set-up of The Open. I actually played Royal Portrush about 15 years ago with my dad. I don't remember too much about it other than it was really tough."

The 27-year-old Mitchell is enjoying a rich vein of form and will be joined by four-time Korean Tour winner Kang, who will return to The Open after qualifying for the third year running courtesy of The Open qualifying Series.

Kang said: "I made a big putt on the last hole to get the spot and the opportunity to play in The Open again. I'm just going to go out and enjoy the experience like I did at Royal Birkdale and Carnoustie.

"It will be great to play in Northern Ireland as I've never played golf there and I've heard it is beautiful. It will be a lot of fun."

The next event in The Open Qualifying Series will be The Mizuno Open which will be played at The Royal in Japan from May 30 until June 2.

Sky Sports will have live extensive coverage from The Open throughout the week.