Tim Barter reflects on some emotional interviews before and during The Open, with Rory McIlroy, Andrew 'Beef' Johnston and Tom Lehman all surprising him......

I've been interviewing players for 27 years now and it's happened to me a number of times. Obviously, there are occasions when players are going to be emotional for a variety of reasons - good and bad.

One I remember vividly was when Miles Tunnicliff won the 2002 Great North Open just a couple of weeks after his mother died. Her final wish to her son was "win one for me", and I barely had time to congratulate him before he burst into tears and was unable to speak for a while.

That was a situation I had anticipated because we all knew the story, and the same was true for Jose Maria Olazabal after the Miracle at Medinah was complete.

His close friend Seve Ballesteros, who died the previous year, was one of the big inspirations behind Europe's memorable victory, so I had expected Ollie to struggle with his emotions. Even before the final day, I asked him a question about Seve and he could not continue.

But there are occasions when you just don't see it coming, and my interview with 'Beef' Johnston at the Scottish Open was a prime example. I knew about his mental health issues and the struggles he had been through since last year, but he seemed back to his old self in Scotland.

Then he shoots 62 in the final round and all-but booked his place at The Open, and although I was expecting him to be joyous, I had it in the back of my mind that we might talk about the off-course issues he had experienced. 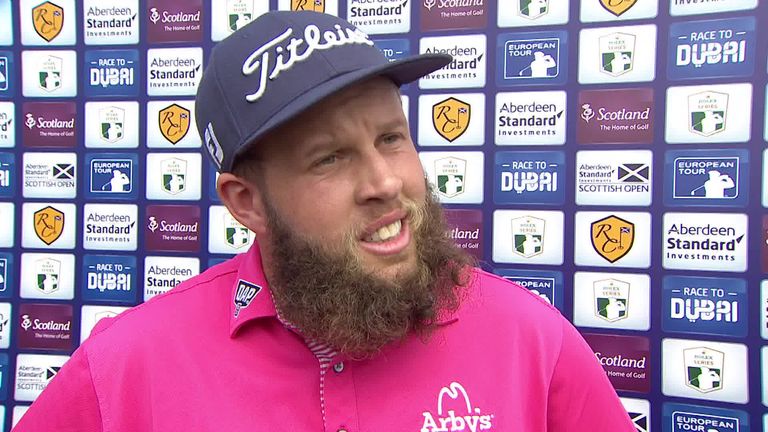 I started by asking him to assess how well he had played, and he just burst into tears as he was trying to answer! He said it was a nice feeling after such a hard year, so that caught me off guard and I had to follow up with a related question.

Even though he had put it all out in the open in his heartfelt and honest blog with the European Tour, I felt I needed to give the viewers a brief explanation of the troubles Beef had been going through in his life, without invading his private grief.

I asked him if that performance was evidence that he was well on the road to recovery, and the tears kept coming as he explained how hard he had been trying to get through one of the worst periods of his life.

But he was in great form during the build-up to The Open at Portrush, and his 148-yard challenge was great fun in the Zone. 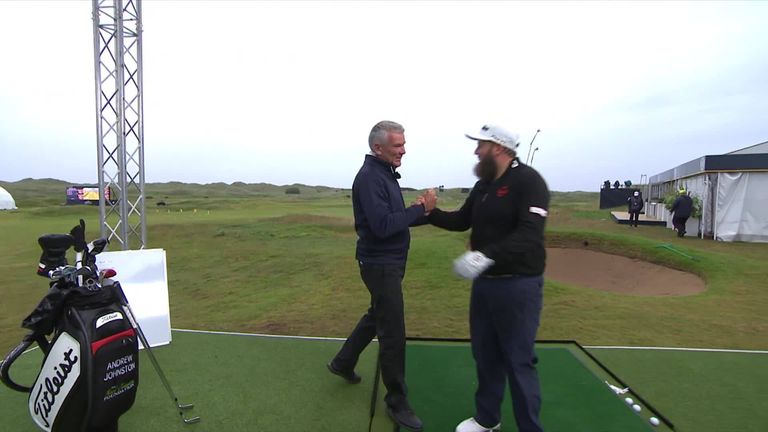 Andrew 'Beef' Johnston takes on the '148-yard challenge' in the Open Zone at Royal Portrush... but it wasn't all that it seemed!

On to Friday, and I knew that Tom Lehman would be full of emotion when he came to the Sky Cart following the final round of his Open career. He had his son on the bag, and the waterworks started when he was given a great ovation on the 18th.

I maybe didn't expect him to cry to the extent he did after one question, but I think it just dawned on him that he would never get to experience playing at The Open again, so it was a very special occasion for the 1996 champion.

I've known him since he was a youngster. I went to Ballyliffin years ago for one of the Faldo series events, when McIlroy was in the junior ranks. Nick Faldo actually picked him out as the one he thought had the most potential, so that was my first interview with Rory.

So I've known him since then, and never have I known him to react in the way he did on Friday evening. I've always found him to be stoic and incredibly honest, and even when I spoke to him after his Masters meltdown in 2011, he was calm and composed and basically admitted he lost control of himself on that back nine.

He maybe hadn't had time to get emotional, although he later told me that he was very tearful when he rang his parents, describing how he had blown a big lead at the Masters and how that might have been his only chance. 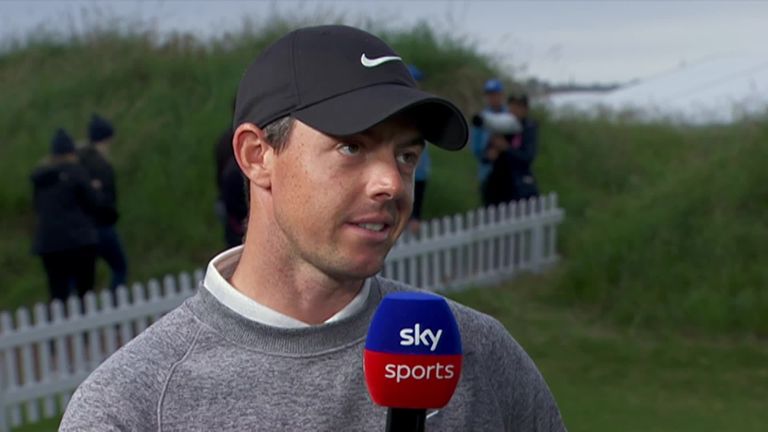 Friday's interview came as a surprise to me. I was anticipating disappointment and frustration at not being able to come here in front of his home fans and perform how he wanted to. But I didn't expect him to get quite so choked up, I've never seen him like that.

All I could do was try to give him a moment to draw breath and compose himself, and we got through the interview okay. And, afterwards, the hug at the end was just instinctive.

I've known him for such a long time and I have massive respect for him for what he's achieved in the game, and also the way he has been so accommodating with me every time I've asked him for a quick chat.

Rory has always handled himself with good grace in both good times and bad and, quite simply, I just felt like he needed a hug!