Olympics: New blood doping test could be approved for use at Tokyo 2020

Test developed at University of Brighton; "We can prolong the window of opportunity so you can detect that drug weeks and months later," says Professor Yannis Pitsiladis 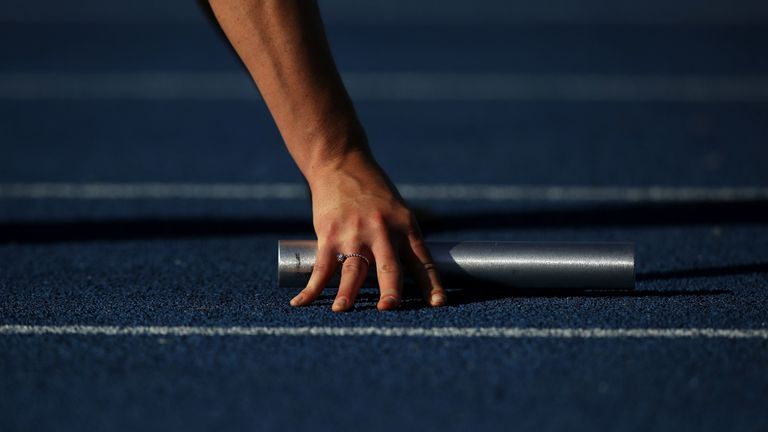 A "groundbreaking" new test which could detect blood doping for many months rather than days and hours could be approved for use at next year's Olympic Games in Tokyo.

The gene test, which has been developed at the University of Brighton, can identify the use of certain performance-enhancing drugs more accurately and detect any banned substances for longer.

Sky Sports News reporter Rebecca Williams explains more about how the test works and why it is necessary.

How is the new technology different to what is currently used?

The main advantage of the new technology is that it can identify the use of certain performance-enhancing drugs more accurately than the current method.

It can also detect banned substances for a longer period of time, so weeks and months after they have been taken, rather than hours and days.

The method has been developed by Yannis Pitsiladis, Professor of Sport and Exercise Science at the University of Brighton. He has been researching it since 2006.

He told Sky Sports News: "Take the situation of Lance Armstrong. He had been tested so many times and never failed a test. So as long as on those days that he had taken a drug like EPO, he hides away and doesn't answer his doorbell.

"When he was eventually tested, they found nothing. What we can do now and what we will certainly do in time is prolong the window of opportunity so you can detect that drug weeks and months later."

How does it work?

Pitsiladis' method focuses on blood doping, which is thought to be the most common type among athletes.

Rather than looking for traces of drugs in a person's urine, he is able to identify changes to a person's genetic structure.

There are thousands of genes in the body, but hundreds are "turned on" when banned substances, such as EPO, are taken. With the current testing, it is possible for athletes to avoid detection by diluting their blood. That would not be possible with Pitsiladis' method.

Why is new technology needed?

Following a number of high-profile doping incidents in recent years, there is a real focus on promoting clean sport in Tokyo.

In fact, the pre-Games testing programme in 2020 is likely to be the most extensive ever seen, aimed at maximising both detection and deterrence.

It is hoped that the technology will be introduced in time for the Olympics. However, with just eight months until the Games get underway, time is ticking.

Even if it does not feature this time around, athletes' blood samples will be kept for 10 years so that they can be re-tested at a later date, if necessary.

How common is doping at the Olympics?

Over the years, there have been hundreds of anti-doping violations.

High-profile incidents include Team GB sprinter Dwain Chambers, US athlete Marion Jones - who was stripped of the six Olympic medals she won in Sydney - and the cyclist, Lance Armstrong, who lost an Olympic medal and seven Tour de France titles.

The number of anti-doping violations seems to be falling, but many are only discovered months and years after the Games have taken place.

Here are the figures for the last three Olympics:

Bobsledder Joel Fearon told Sky Sports News: "There will be cheaters out there, who have cheated and they won't ever get found out.

"The people who win, you never actually know. It is amazing, the fact that things are coming out and people are getting the right positions."