Caster Semenya will take her fight to the European Court of Human Rights over World Athletics' contentious testosterone rules; Semenya: "All we ask for is to be allowed to run free, for once and for all." 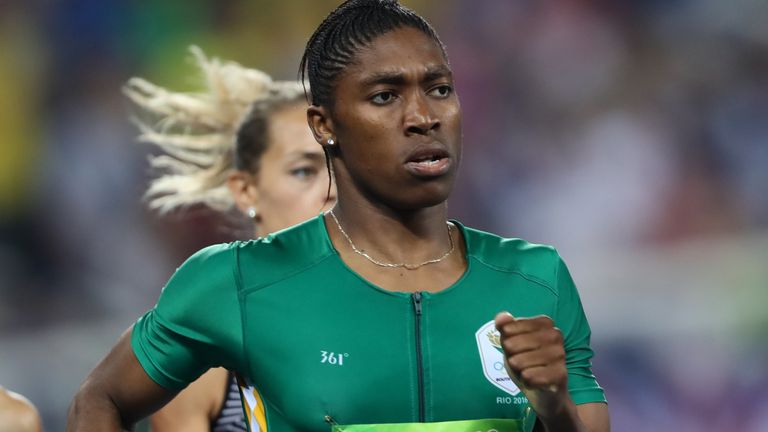 Caster Semenya has claimed World Athletics has made discriminatory attempts to restrict the ability of certain women to compete in athletics competitions.

Rules introduced by World Athletics in 2018 prevent some female athletes with naturally high testosterone levels from participating in competitions.

Semenya, 30, who signalled her intention to continue her legal battle in November 2020, has taken her fight to the European Court of Human Rights.

"All we ask for is to be allowed to run free, for once and for all, as the strong, fearless women that we are and have always been," Semenya said in a statement.

The regulations prevent competitors with high levels of testosterone from competing in events between 400m and a mile in length - the distances that Semenya has traditionally specialised in.

She says she is making a stand and fighting for the dignity of her fellow athletes.

The first of those challenges was at sport's highest court in Switzerland in 2019 by a 2-1 majority of the judges, and then again at the Swiss Supreme Court in September last year.

She has now taken Swiss Federal Tribunal to the European Court of Human Rights.

"Caster asks the Court to find that Switzerland has failed in its positive obligations to protect her against the violation of her rights under the European Convention on Human Rights," her lawyers said.

Semenya has previously revealed her intention to go through qualification in the 200m in a bid to compete at the Tokyo Olympics, if she is unable to race in her favoured specialisms.

World Athletics said in a statement: "For many years World Athletics (formerly IAAF) has fought for and defended equal rights and opportunities for all women and girls in our sport today and in the future.

"Throughout this long battle, World Athletics has always maintained that its regulations are lawful and legitimate, and that they represent a reasonable, necessary and proportionate means of ensuring the rights of all female athletes to participate on fair and equal terms.

"It has rejected the suggestion that they infringe any athlete's human rights, including the right to dignity and the right to bodily integrity. Both the Court of Arbitration for Sport (CAS) and the Swiss Federal Tribunal (SFT) agreed."